Vallenar to Ruta 5, Chañarcillo exit: Cleaned up, Idaho, then back to the desert 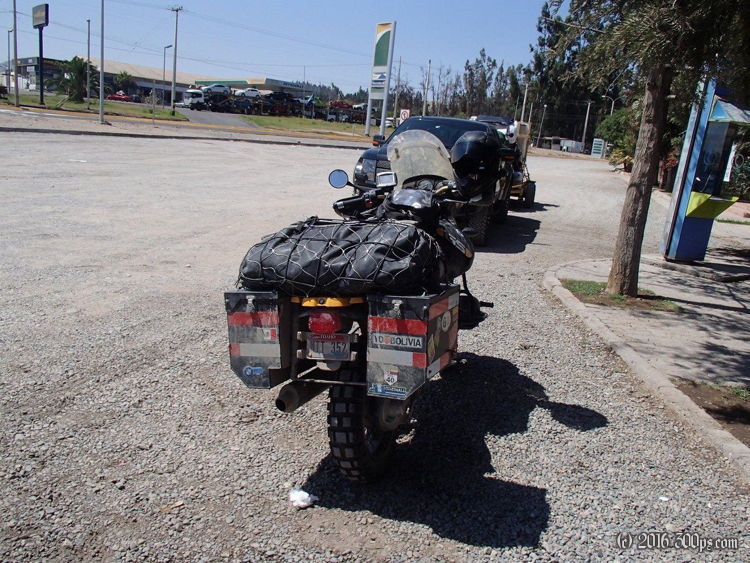 Last night I spoke to an old woman who was living in the hospedaje, she must have been well into her 90's and could barely walk. She used a walker to get from her bedroom to a small couch in the courtyard, a process that took 10 minutes. She asked about my trip and gave me some advice: bring limes when climbing the high passes, it helps the body adjust to the altitude. I'll give it a try. I told her I had come from Argentina over Paso Agua Negra. She said that her brother had died a few years ago in Argentina. When she couldn't remember exactly where in Argentina it made me want to cry. Later when I came back from dinner she was sweeping the courtyard, holding herself up with the broom. It made me sad, even though her situation was a testament to resilience, still sweeping the courtyard into her 90's no longer how it takes her. These are the moments I remember most from my trips... I'll remember last night like I remember the camp host in California who let me stay there even though the campground was closed. He had had a severe stroke and while he was making us dinner he confided that the only reason he had done the physical therapy to get out of the nursing home was that there was no one to take care of his elderly cat. Or the family in Arkansas who called out offering a Coke from their shack by the side of the road; both the daughter and mother had cancer and had both been given six months to live. The daughter's husband had already died of a brain tumor... yet they were excited to hear about my trip and couldn't wait to offer the next cyclist something cold to drink when I told them one was coming along about 20 miles behind me.

I had a bunch of things to do this morning before getting on the road. I went back to the laundry place to pick up my clean clothes, I had to ring the bell 3 times before the woman came down and opened up. I was having visions of being stuck in Vallenar until tomorrow with no clothes... Then I went back to the hospedaje where the night receptionist, very cool guy, made breakfast and coffee for myself and a man who had just come back from working the nightshift driving trucks at the port. We talked about what it's like to work nights, he works 7 days on 7 days off and lives down near La Serena. When he's working here he stays at the hospedaje.

I packed everything up, said goodbye to the night watchman, and headed down to the grocery store to get enough supplies for the trip to Copiapó. The supermarket was a zoo on Sunday morning. As I was getting back onto the highway I saw a BMW motorcycle parked in front of a restaurant. I made a pass and saw the plates were from Idaho, so I went into the courtyard and met Mike who has ridden down from Idaho and is on his way to Ushuaia. We traded tips on the different countries we had covered, this was his second day in Chile, and had a map session. He told me that he took an 85 foot sailboat called Independence, with the motorcycle, from Panama to Columbia. He recommended just taking an airplane for that stretch. He said the boat was in bad shape and apparently most of them that ply that route are a mess. One of the better known boats broke down recently and the only reason they made it to Columbia was that one of the passengers happened to be a welder.

We talked for a while, when I finally got on the road it was already noon. I knew I wasn't going to get to far today given the late start and the strong headwinds but I had food, clean clothes, and a good night's sleep under my belt.

Ruta 5 turns into a four-lane highway at Vallenar. It was a much more relaxing ride today with all those lanes and a nice wide shoulder for me. It was straight, hot, and boring for the rest of the day. Think Phoenix to the California border on I-10. There are long stretches with nothing at all on this road, I was actually excited when I arrived at a rest stop. The first bona fide rest stop I have seen in South America, and they even had public showers! Too bad it wasn't the end of the day, I would have taken one but I would have been just as dirty an hour later...

The road is fenced up pretty good so when I saw an exit I took the opportunity to get off the highway and found a place to camp in a gravel pit. I walked around trying to find a spot out of the wind but it was just swirling around the pit, nothing was safe from the wind. I set up the tent just to be able to cook. As I was setting up I saw a deer off in the distance, first time I've seen one in South America.

I still have 60 something kilometers left to do tomorrow to get to Copiapó with 2 liters of water left.