Cafayate to Ruta 68 km 62: A can't keep the camera in my pocket kind of day 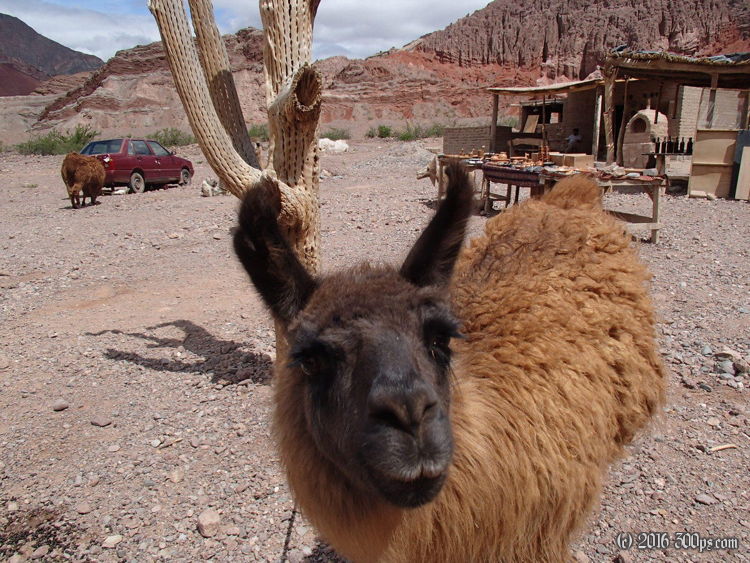 My French roommate came in drunk as a skunk around 3am and stumbled around the room. I knew something like that was going to happen. He already smelled like Pesco when I met him at 9pm last night. The mosquito net is brilliant for these bug infested towns, the rooms was abuzz with the critters but I was safe and sound.

I went out for coffee and croissants in the morning. Cafayate is full of backpacker-types wandering around. Back at the hostel I packed everything up while talking with some young French travelers who had just spent 3 months in Brazil. They said it was nowhere near as dangerous as it is portrayed. After I loaded up the bike I went down to the square for breakfast number 2. When I had exceeded my daily recommended allowance of croissants by 3 I decided I had better get off my butt and face the vicious headwinds coming down from the north. The first 20 kilometers were a 6 kmh on 0% grade type affair.

The road follows a river into a canyon when it leaves the plain. From here on out it was great scenery all day. The wind was still howling but at least the canyon broke it up here and there instead of having non-stop headwinds. I stopped at a home in the canyon that sells home-made bread. Brilliant decision, the bread was fresh out of the oven, topped with goat cheese: absolutely delicious. Every home (only about 4) that I saw in the canyon today had Llamas (or Alpacas, I'm not sure which).

It started to rain around 6 so I looked for a place to camp. Not too difficult here, the river has a pretty dense lining of trees and foliage along its banks. I found a really nice spot on the edge of a ledge overlooking the river. Set up and made dinner. I was too careless with the water situation today, it's going to be tight getting to the next town in the morning. I didn't get much distance in due to the late start and the wind. Hopefully I will make it to Salta tomorrow, conditions permitting.