Granada to León: OCD riding at its best 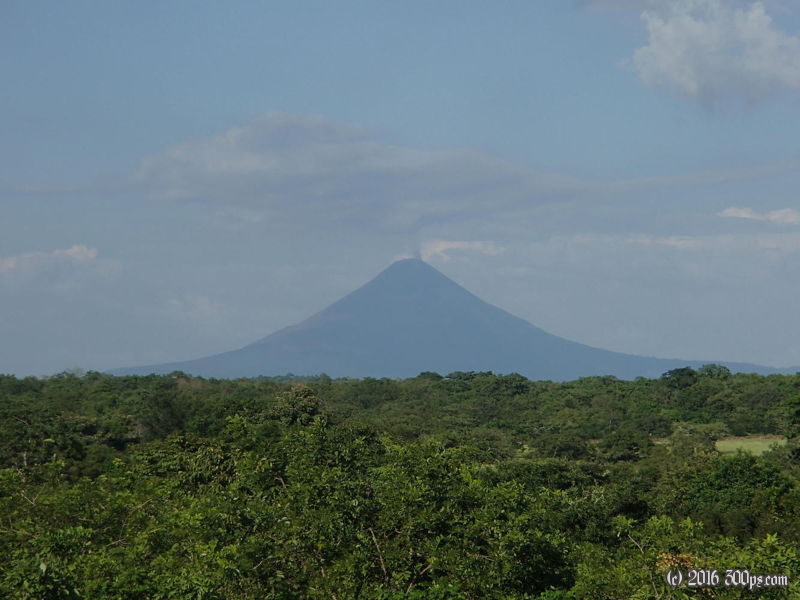 I had to get to León today. I don't know why, it's not logical, I just had to get there. I hardly took any breaks all day, just go, go, go. Compulsive cycling.

I had a good breakfast in Granada before hitting the highway that took me through the heart of Managua (the capital). It was chaotic city riding but I was in a rhythm so I enjoyed all of it. I got lost at one point but some guys at a gas station set me straight. I ended up taking the old highway, it was good to get a break from the traffic, but it added 15 kilometers to the journey. A fair amount of climbing on this old highway as well. At kilometer marker 40 the road went to hell, little pavement with dirt ruts and potholes everywhere. I bet it's an adventure when it rains. The good news with the bad road was that the traffic completely disappeared, I had it all to myself. It came down to a race to get to León before nightfall.

I made it into the city just as the sun was going down, grabbed a hostal after negotiating a better price, then went out in search of food. Just on the plaza across from the hostal I ran into one of the French guys I had spoken with last night in Granada. He had taken the bus here in the morning. With him were a guy from the Canarias and a young German couple from Bavaria. We spent a couple of hours talking and eating greasy but tasty hamburgers from a street vendor. The Germans are on an around the world trip by plane. It turns out the French guy is from a small town in southwestern France called Figeac, I have been there several times because I have some friends that live in the area. Small world... I talked with the German guy for a while about malaria and dengue fever. One of the French guys I met in Granada (from Lyon, not the guy from Figeac) had contracted dengue here in León. He spent 4 days in the hospital and said he has been a wreck ever since; no energy, no appetite, can't sleep. Pretty scary.

They were all headed out drinking so I took my leave and headed back to the hostal. Impossible to stay out late with all this cycling going on...