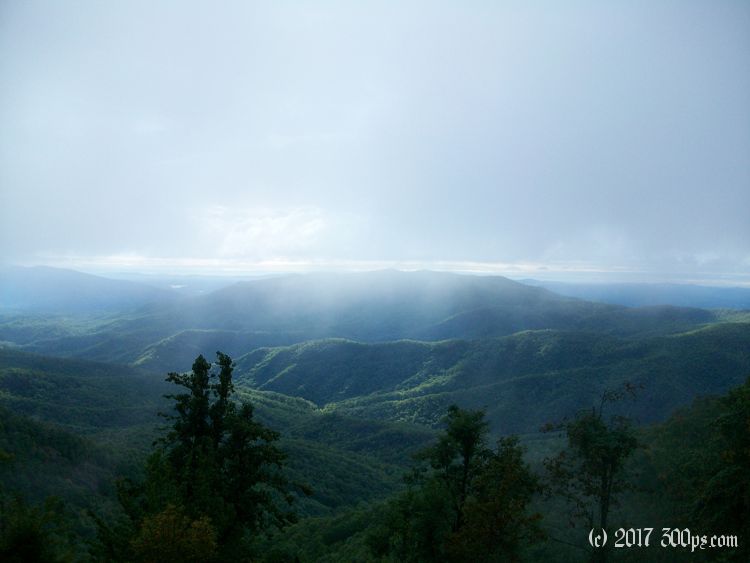 There's just nothing better than an American breakfast -- ok, maybe a Mexican breakfast -- but anyways I'm in heaven this morning over my eggs and bacon. Camping breakfasts just don't cut it. Eggs are impractical and bacon is an impossibility. I've tried oatmeal (at various times with cinnamon, apple, banana, maple syrup, strawberries, etcetera), it's always just like putting lipstick on a pig, no matter what I throw in it still tastes like paper mâché. Pancakes are a better but they just don't stick to the ribs enough for a long day of cycling. I usually end up eating a dinner for breakfast. Not today though, whenever I get the chance I load up on grease. And I love the breakfast-place ambiance (if one can use a French word for such a thing): sitting at the counter with an electrician, a retired car salesman, and a soldier on leave from the army. A waitress who looks like she's 50 but probably only 35, says "you want more coffee, honey?" in a voice made by Marlboro. Shoot the shit with the patrons, about the weather or nothing in particular, leave a big tip on a cheap bill, get some of that god-awful diner coffee to go in a Styrofoam cup, then it's back to work.

Today's work, like the past week, consists of climbing my ass off on the Blue Ridge Parkway. The rain is back but at least with some extended breaks.

There's some late-day sun but by the time I get to the campground it's pouring rain. No one there to charge me for a site. I set up the tent in a downpour and make dinner under the awning. It's a cramped space -- like doing yoga with a campstove and various dinner ingredients. The contortions bring on a few cramps. I must not have drunk enough water today.