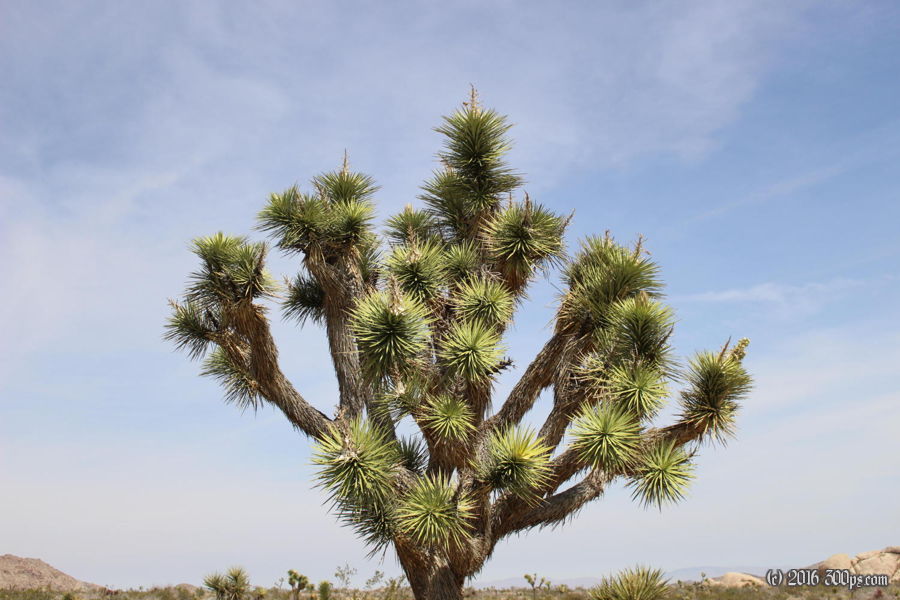 I’m up before dawn to break down the campsite and make pancakes before the campground comes to life. I have a conversation with an Indian guy who is concerned about drinking the water from the outdoor faucet. I tell him to go for it, it hasn’t killed me yet. I’m on my way out at 7am after thanking the camp host for bailing me out last night. There is hardly anyone out on the road, I wind my down a long, slow descent into a valley before climbing out towards the west. I stop at the Choya garden to check out the cacti but I don’t see any iguanas like someone told me there would be last night. There’s a spot with a bunch of blooming ocotillos as well. The climb out of the valley is long but not too strenuous. At the top there are a bunch of cool rock formations and a couple of campgrounds nearby, both full. That decides it for me: I’m heading east towards Parker today instead of staying another night in the park. There are just too many people here and I would rather not mooch the corner of someone else’s campsite again tonight.

At the exit booth heading towards 29 Palms I pay my park fee: 5 dollars. The visitor center on the other side was closed when I got there last night and closed again when I left this morning so I am paying on the way out. It’s a long descent into 29 Palms where I get lunch at Denny’s (full of Marines from the base nearby) and debate my plans; I could stay here tonight but I’ve been here before and know that it isn’t a terribly interesting place. I know what I’m facing by heading out to Parker, AZ as well; I did this ride before in the opposite direction in 2010. That time I ran out of water, this time I load up good before heading east. I have the advantage this time that the weather is 30 degrees cooler, I leave with 7 liters of liquid. I can’t believe that the wind is in my face… I had it in my face heading west last time!

Long afternoon riding into the wind. For the first 15 miles outside of 29 Palms the landscape is dotted with abandoned houses. No shoulder but not enough traffic to matter. I pass the wash where I camped the last time I was here. Then I'm into the desert mountains. At one point the road swings north and I get the wind at my back for 5 glorious miles. When it heads east again I go off the road towards some rock formations to set up camp. The wind is crazy at first so I cook inside the tent. Dinner is a success; spicy from the habanero chile but offset with shaved lime rind, I know it's good when my head starts sweating. I combine the leftover lime with some sugar packets that I nicked form Denny’s in San Diego to make limeade. The wind dies down later on; I open a flap of the tent to enjoy the cool breeze and see the stars. The last time here it was so hot that I had to get out of the tent in the middle of the night and sleep under the stars.