Cali to Tuluá: Out of Cali like I came in: hot and flat 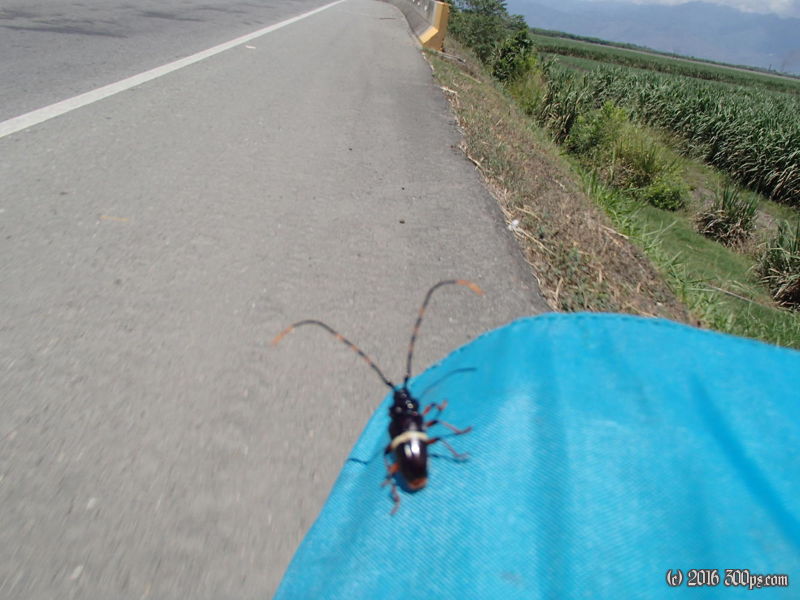 Today was mostly a rerun of the ride into Cali, just better in terms of having more of a shoulder to ride on and less traffic on the highway that heads up the eastern side of the Cauca Valley through Palmira. I didn't get on the road until 10:30 because of a few long conversations I had at the hostel: one with a guy who was two days off a long drug binge and wanted to tell me his story; the other with the owner of the hostel who is a Frenchman from Bordeaux. These chats together with the long conversation I had had the day before with a girl whose travel romance had just ended was having me feeling like a hostel camp counselor. Time to get on the road for some solitude.

Just a hot ride through sugarcane until I rolled into Tuluá about 5:30 and got a hotel. As I was checking out the hotel someone tried to steal my bike out of the entranceway but the owner saw him and shouted. I ran down the stairs but the guy was already taking off down the road at a sprint. That would have been a nightmare if he had gotten the fully loaded bike... The most dangerous time seems to be checking into hotels because they always seem to have stairs and I don't want to drag the bike up if I'm sure if I'm going to stay. A big downside of traveling alone...

I was so thirsty that I dropped my gear in the room and went straight out for a pitcher of mango milkshake followed by a fruit salad with ice cream on top.