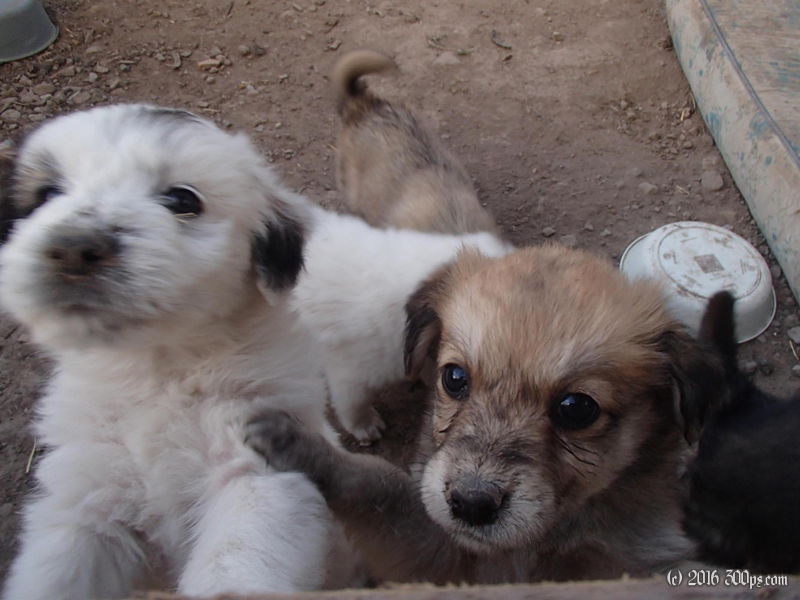 In the morning the owner of the hostal where I stayed (Hostal Nuevo Amanecer, up the hill from the main plaza) took me up the hill on his motorcycle to look at a pre-Inca pyramid that was used to worship the sun and moon during the equinoxes.

I had breakfast in town, an excellent cup of coffee for a change, then the rest of the day was banging out a highway ride on the Panamericana so that I could catch up with Phil near Ibarra. The ride was full of diesel fumes and short shoulders, not very enjoyable, particularly when I ended up with a flat at one point.

I stopped in Ibarra for supplies and gasoline for the stove (first time I've had to use regular gasoline, can't find white gas in Ecuador). I met up with Phil at campground owned by a German guy on Lake Yahuarcocha. It's a beautiful spot overlooking the lake. When I arrived I got into a long conversation with an Argentine guy in his 60's who has been staying there for over a year. He apparently has spent most of his life traveling by boat... he left Argentina in the 70's because he was wanted by the dictatorship of the time and didn't go back until 2006.

It was good to catch up with Phil, we made a big dinner and made plans for heading up to the Colombian border via some back roads.