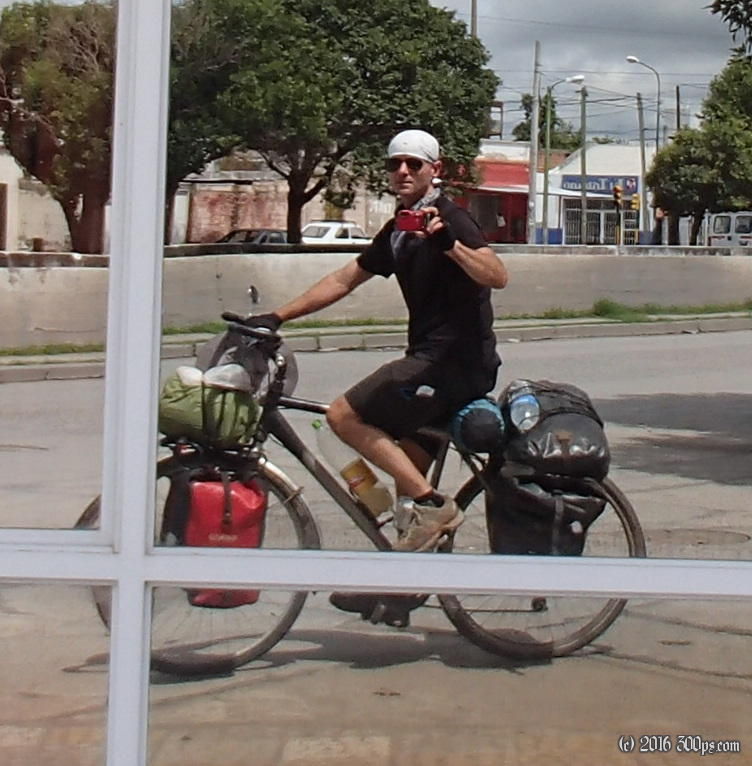 This morning I stopped at a Shell gas station for coffee. The girl working behind the counter greeted me with a big smile and a boisterous "Hi, how are you?" (in Spanish of course). Poor thing has probably been force-fed some good old American customer service training. The TV in the café had the news of a cyclist who was just killed by a car on the Panamericana in Buenos Aires. The driver of the car was drunk and continued to drive 18 kilometers with the dead cyclist's body halfway on the passenger's seat and halfway sticking out of the broken windshield onto the hood. The driver was finally arrested at a tollbooth where the operator wouldn't let him through the gate. The driver swore that he didn't notice... unbelievable.

I had a few addresses for bike shops so I went looking for them first before looking for a place to stay. A couple of the shops had nothing, and the most promising one is closed for vacation until the 24th. Shit. Oh well, I went and found a place to stay and dropped my stuff. Today is a holiday commemorating the battle of Salta so most businesses are closed. I rode around anyways to set myself up for tomorrow, then went to the plaza and ate a huge pizza. I'll hit the lavanderia first, then the bus station to see about my package, then some more bike shops.

It felt great arriving here. I've had Salta in my mind since the beginning of the trip as kind of midway staging point. I've made it this far, 6,000 odd kilometers, time for a little rest.

The supermarkets were open so I at least got some shopping done. I gorged myself on yoghurt and fruit, my body was craving both.