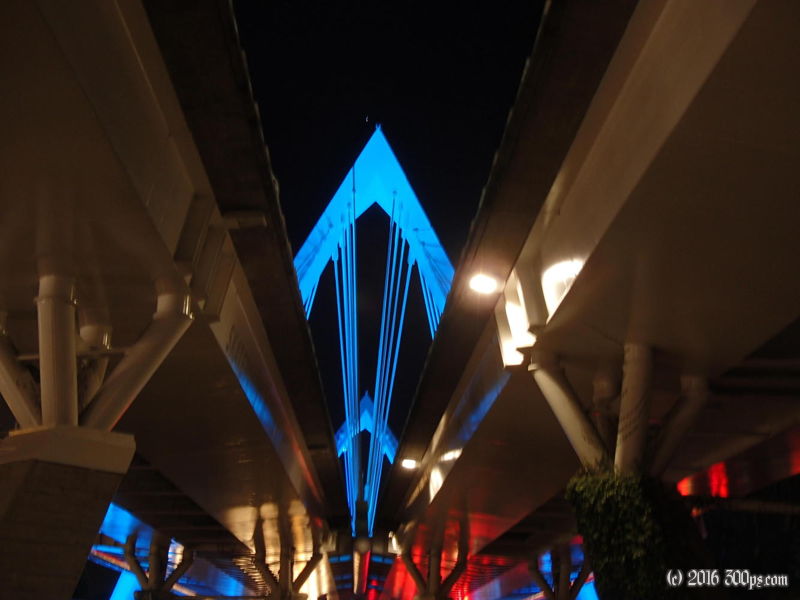 I first came to Guadalajara back in the spring of 2007. I had been living in Quebec City for a year in a walk-up apartment near la Rue St. Jean. Over the course of the year I became good friends with my Mexican downstairs neighbor, and when I told him I was interested in learning Spanish he suggested that I go to Guadalajara to stay with his brother for a while. I drove the 5,000-odd kilometers from Canada to Mexico in my Volkswagen Jetta, stopping in Boston and Tennessee for a few days each to visit family and friends. I remember being terrified when I got to the border in Laredo, Texas. With what little Spanish I knew and the non-stop bad news that gets reported about Mexico in the U.S. press I felt completely unprepared.

I drove through the desert to avoid the toll roads. At seemingly random points I came across Mexican army checkpoints that always had an armored vehicle with a huge machine gun mounted on top pointed at the motorists crossing the checkpoint. I kept thinking “what the hell am I doing” to myself. I made it to Guadalajara without incident, met my friend’s brother, and liked it so much I ended up staying for about 9 months. It was a non-stop education, not just for the Spanish I learned but also for the crash-course in Mexican culture and business.

Since then myself and the brothers have been periodically meeting up in different parts of the world, we all share a passion for languages, travel, and food.

The big topic in the news in Guadalajara for the last few days has been police raids on shops in several downtown areas where counterfeit and stolen goods are sold. The 5 de Febrero neighborhood is known for stolen car parts, the San Juan de Dios market for pirated software and movies, and El Santuario for counterfeit medicine. Interviews with the shop owners reveal all kinds of interesting tidbits, from those who swear that their merchandise is genuine to others that claim that they regularly pay bribes to state and local police in exchange for being left alone. When an order comes down from on high to raid the entirety of the markets apparently these individual extortion arrangements do not provide the shop owners with any protection.

A few years ago I had a first-hand experience with what goes on in the stolen auto parts market in 5 de Febrero. One night a friend and I drove to another friend’s house for a birthday party. When we came out of the house at 2am we discovered that my friend’s pickup truck had been stripped; they had stolen the door off the back of the bed, the spare tire, the headlights, the grill, the running lights off the top of the cab, and the brake lights. The next morning we drove down to 5 de Febrero in my car to look for replacements. It is a well-known fact in Guadalajara that if something gets stolen from your car you can probably buy back the very same part in this neighborhood. How it works is you drive slowly down the street and guys come out to ask you what you are looking for. My friend gave them the description of the truck and what was stolen until we found someone who said he might know where to get the parts we needed. A long song and dance ensued between my friend and this stolen parts guy while they tried to determine each other’s motives. After 10 minutes of this the guy said: “I can tell that you two are decent people, not ‘gente ratera’ like me” (“gente ratera” literally means “rat people”, a Mexican euphemism for criminals). Then he proceeded to tell us why he was being so cautious: a couple of months prior some thieves stripped the truck of a narco (a drug dealer). Knowing how the system works, the narco and his thugs went down to 5 de Febrero and kidnapped one of the parts dealers and tortured him until he gave up the names of the thieves. The narco then went and blew up the houses of the thieves (while they were inside). Understandably this has made the denizens of 5 de Febrero a bit nervous about selling their stolen goods back to the original owners.

In the end we got replacement parts for everything that was stolen, some of which were the exact same parts although they made a point of telling us that they were not the same ones.

Night ride organized by the city, there were at least a couple hundred people.

The big news today is that the federal government replaced the governor of the state of Michoacán with someone appointed by the president. It's an admission that the state is completely out of control; citizen "self defense" groups are fighting it out with narco gangs for control. The people have gotten sick of being extorted and terrorized by the narcos so they have taken matters into their own hands. We drove through some of the affected areas a few weeks ago on our way to and from Pátzcuaro but didn't see anything unusual.

Michoacán is in the news again today as there have been clashes between the army and the self-defense groups while federal forces try to reestablish control. The editorials in today's newspaper are debating the question of whether or not these self-defense organizations are a good thing. On the one hand they are making a stand against organized crime where the government has cleared failed to protect its citizens, on the other hand the self-defense groups themselves exhibit characteristics similar to those of the mafia. They impose "taxes" to fund themselves, there are reports of locals being "conscripted" against their will, and many suspect that some of the groups are actually comprised of rival organized crime gang members who just want to regain control from the dominant mafia syndicate (The Knights of Templar).

An official of the state of Jalisco came out with a statement saying that Jalisco is trying to mitigate the "effecto cucaracha" (cockroach effect) of the presence of self-defense groups on Jalisco's border with Michoacán, specifically the area around La Barca. He warned that anyone entering Jalisco armed would be arrested. I stayed a night in La Barca on my ride into Guadalajara. Last night a friend told me that on the toll road that passes through that area there have been many kidnappings and murders. Cars and their occupants have simply disappeared on that road, video cameras have captured cars going through one toll booth but they never arrive at the next. The minister of the economy released a statement saying that the violence will not affect foreign direct investment or the performance of the economy on a macro level. It seems counterintuitive given the circumstances but I wouldn't be surprised if he turns out to be correct, from what I see and hear from people places like Jalisco are booming while other areas have been abandoned to strife. Michoacán has been struggling with violence for so long that its contribution to the national economy was already anemic, the latest conflict will just continue that trend.

Last night I went to a party at a trade association where one of the topics of conversation was a German auto parts manufacturer who is preparing to build a factory in Jalisco. A number of people at the party will be providing the company with services as they set up shop. Its a direct example of how parts of the Mexican economy are doing quite well in spite of the chaos. I would love to be a fly on the wall at the company's German headquarters when they discuss the risks of investing in Mexico.