5kms south of Garzón to gas station: Chatting up a storm with the locals 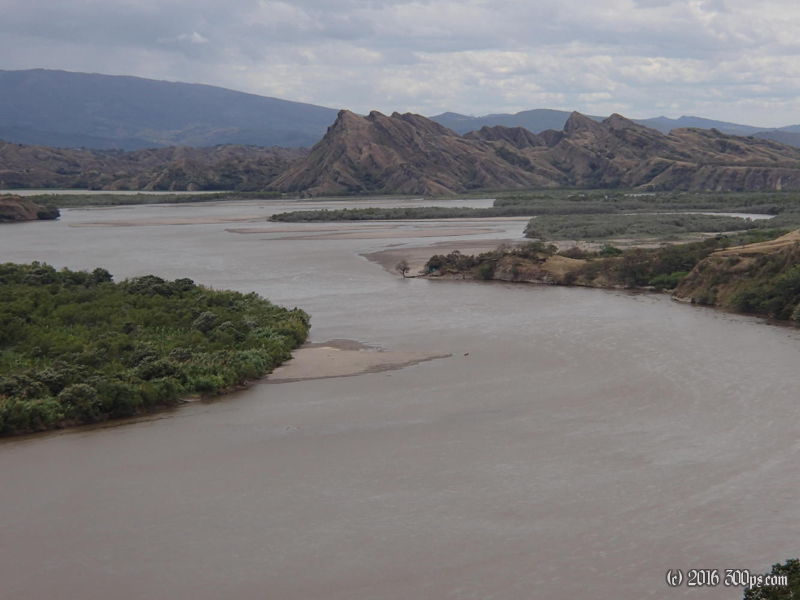 People were all over us today wanting to know where we were from and what we were up to. It started at breakfast in Garzón with the owner of the café where we ate and it seemed someone appeared every time we stopped. The riding was similar to the last few days with lots of roller coaster but again it went pretty fast due to the sharp descents and good road surface. We finally got out of the mountains onto a plain later on in the afternoon. We stopped for a late lunch at a restaurant and ended up chatting and joking around with the waitress, cook, and owner for a good while. There were some tempting offers to stay but the show must go on...

At one point in the afternoon a guy on a motorcycle pulled up and next to me and rode alongside for 15 minutes. He said he works on a farm owned by the FARC, with pictures of armed and masked FARC soldiers on his phone to prove it. We stopped at a mirador overlooking the river and he stopped with us. He kept following us afterwards which made me wonder what he was up to... in the end I think it was just friendliness to the point of creepiness.

At the end of the day we stopped at a roadside restaurant where I asked the owner if we could camp and he said no problem. We set up in back of the building behind a wall for protection from the wind and watched a movie. The employees of the restaurant came over to visit with us a bunch of times. The cooks were fascinated with our MSR stoves... The owner was pretty gruff when he came over but he said he was cool with us being there. The ladies were full of jokes and buena onda though.