Vilcabamba to Loja: Dry to wet in the blink of an eye 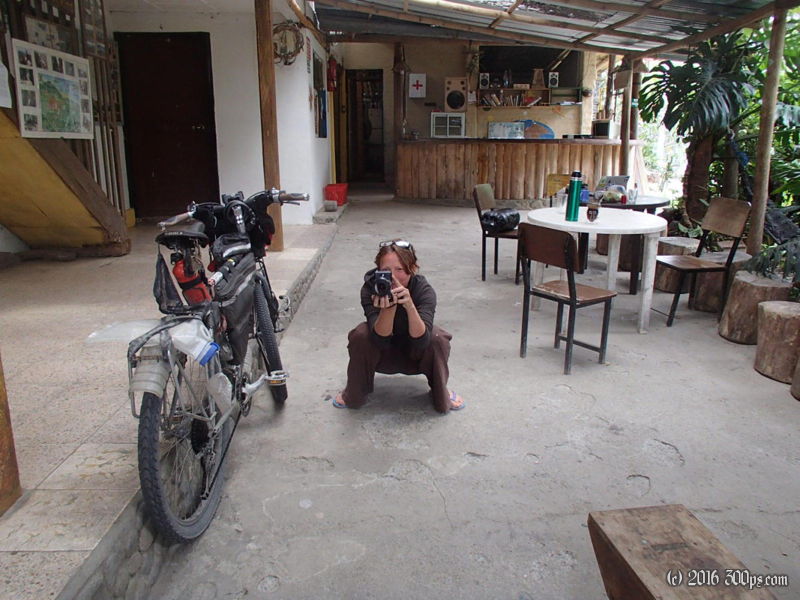 I was up at dawn... damn camping, it has me in get up at dawn every single day mode. There was an internet café open so at least I could be productive. Afterwards I hit the French bakery (run by an actual Frenchman) where I had two unbelievably good croissants au chocolat. When I balked at the price the baker said you won't regret it... he was right. I had a coffee and breakfast at another place before I headed back to the hostel where I had mate and talked about Argentina with a guy from Buenos Aires. He used to live in Capital Federal so we knew a lot of the same places.

I was at the laundry place at 10am like I had arranged with the woman running the place. A joy to have clean laundry! Back at the hostel I talked with Anna while I packed up my stuff and got ready to hit the road. Finally at 11 I was on the road, all dry and clean. It lasted about 30 minutes - the rain hit as soon as I finished the first climb out of Vilcabamba and it continued for the rest of the day. I smacked my shin on the pedal when I was getting started after a short break, my foot slipped off the wet pedal, it hurt like hell. Lot's of climbing today for the short distance but it went fast because everything was paved. There was oodles of traffic though, something I had gotten used to living without. Ecuador will probably be like that on the major roads. It seems to be a much richer country than Peru and Bolivia with lot's of private car ownership.

I rolled in to Loja in the early afternoon and got a nice room for 7 dollars. The shower was piping hot and had tons of pressure; I hadn't had a shower that good since Cajamarca when I sprung for a real hotel. Almost everything is closed in Loja, unlike Peru it appears that they take not working on Sunday seriously here.