Rabbit Valley to back country north of Arches: 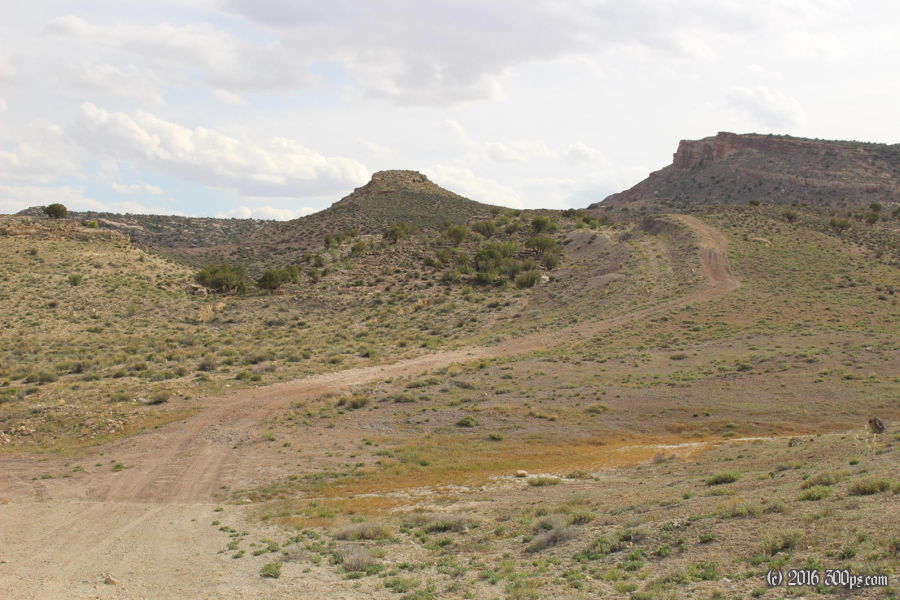 I sleep in pretty late. Fortunately my neighbors in the campground are doing the same. Breakfast of pancakes because there is nothing in the direction I'm heading today. When I'm packed and out of the campground I consider continuing south down the dirt road to Westwater but I don't have enough water to be adventurous; I go back to the highway and head west.

A lot of highway riding today into a mild headwind. The rock formations off to the north are pretty cool, that's about all that can be said about today up until around 3pm when I reach the Utah visitors center. Here I load up on water and chat with the retired lady who volunteers at the center. She is thrilled with their new electronic guestbook based on tablets. Pretty cool I must admit, although it doesn't hiccup when I put in my Barcelona zipcode... I wonder what they will match that back to? I ask her about the back roads into Arches, she has done it before but can't give me directions. The roads are unmarked, she says she got to Arches by dumb luck and her children once spent three hours wandering around back there in their car, unable to reproduce the feat. Sounds like it could be fun for me.

I take the Thompson Springs exit and head south on the dirt road that leads away from the interstate like she said. A half-mile from the highway there is a pumping station with some people around but after that I don't see a soul for the rest of the day.

I find a dirt two-track going up into the hills that I like the look of so I head up in there hoping to find a nice campsite. After 3 or 4 miles of Bolivian-style rock and sand riding I wheel the bike across a plain behind a big rock outcropping and set up camp. After dinner I climb up to the top of the rocks to get a view of the sunset but it is mostly blocked by clouds. I can see for miles - there is no one out here but me.