Little Walker Road to Gardnerville: It's good (and lucky) to be alive. 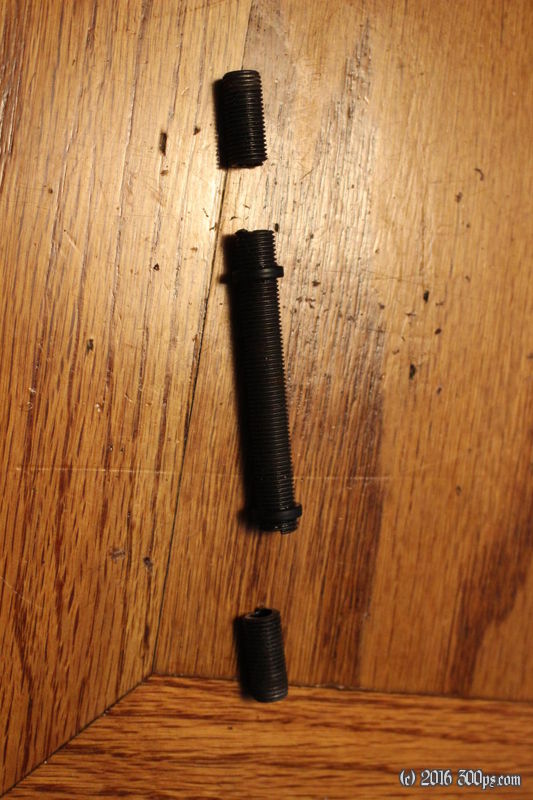 I'm up before dawn, packed and ready to go by 6:30, but I end up waiting around for a half hour to let things warm up. It's chilly at this altitude and I'm shaking on the descent... I didn't want to dig out the long pants because I figured it would warm up quick as I got to a lower elevation.

Down in Walker it finally warms up after a 2,500 foot drop in altitude. At 8am I've already got over 20 miles on the odometer, I barely pedaled on the way down. Breakfast at a diner then a struggle with some headwinds as I cruise back into Nevada.

I've know that my hubs need help for a while now. Gardnerville is a good opportunity to get them worked on so I stop at a local bike shop. The guy says he can turn it around in 2 hours. I settle in to wait but he comes right back out after 2 minutes to show me that the front axle is broken into three pieces. I have no idea how that thing has held together, nor when it actually happened, but I suspect it has been broken at least since Titus Canyon. Since then I've been over 40mph on long descents several times. I am extremely lucky that the wheel didn't fall off... someone must be looking out for me.

With the hubs cleaned and repacked I look for a motel. I'm too tired to keep going today. The guy at the first motel tells me he has no rooms; it's early on a weekday afternoon so I immediately jump to the conclusion that he doesn't want me there because of the bicycle and my appearance. He has a slight accent so I ask where he is from, it turns out that he is Basque. We end up talking for 15 minutes about Spain, South America, living in the States, and Mexican vocabulary. He gets a kick out of my explanation of the word chingar. He came to the U.S. in 1966 on a visa that required him to work for 3 years herding sheep in the Sierra Nevada. He says the solitude nearly drove him crazy, but he moved on to bigger and better things afterwards and doesn't regret coming to the U.S. I feel a bit sheepish for my earlier assumption about him not wanting me to stay there, he's a cool guy. He recommends another place where I get a room and take a nap. I didn't sleep much last night which really hits me hard this afternoon. Tomorrow I should get to Carson City early to try and straighten out all of the problems with the bike.