Huamachuco to 15k south of San Marcos: Some cyclists, some drunks, and some rain 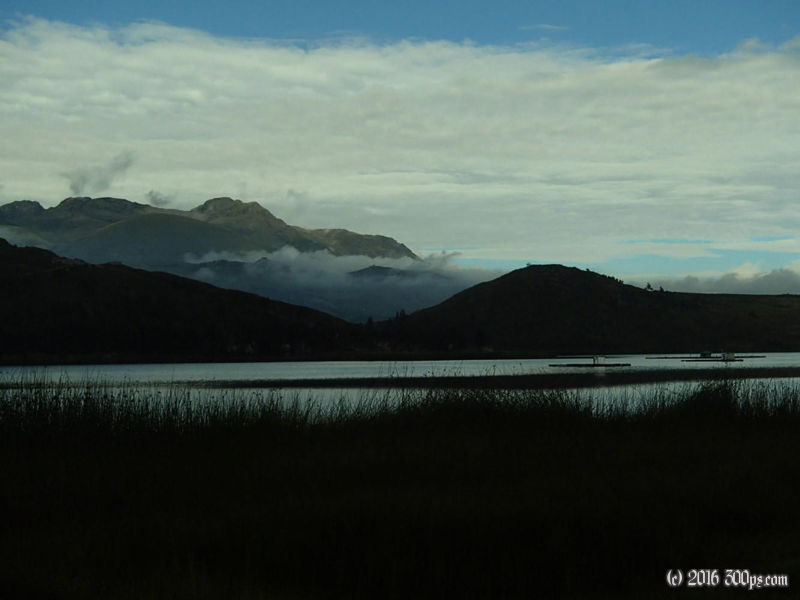 I don't know what that guy was talking about yesterday when he said there would be general strike starting today, the market was already hopping with activity at 6am. I was out on the road at 7 (super early for me leaving a city..). The road wound along ridges of the mountains past lakes, farms, and eucalyptus trees all day long. I stopped for lunch in Cajabamba which was bustling with people for market day. I had the menu, soup followed by Cao Cao. I still don't know exactly what Cao Cao is... I think it was some kind of intestine. Normally that stuff makes me ill but this was pretty good. At any rate I was too hungry to turn anything down.

As I was leaving Cajabamba I ran into a cyclist coming in the other direction, a Frenchman named Loic who has been on the road for a couple of years crossing Asia and now is on his way down to Ushuaia from Seattle. He said he passed 40,000 kilometers recently (I suddenly felt like a lightweight!). As we were talking he mentioned that he had been riding with an Estonian up until Cajamarca and that I would surely run into him... then up rode the Estonian! We switched to English and kept talking for a while. The Estonian has 28" wheels with completely bald tires and no spares, I wish him luck finding replacements in Peru.

After the chat came a big descent down to a valley. At the bottom three guys drinking beer in front of a store called me over and tried their hardest to get me to drink with them. They had lots of questions that I had to concentrate hard to understand through all the slurring. I extricated myself as gracefully as I could, then started the climb up towards San Marcos. I came to a section on the climb that was devoid of people, a rarity on this road, so I decided to call it quits early (4pm) and take advantage of the solitude to camp. I relaxed for a bit then realized that the sky had become quite menacing... I scrambled to set up the tent and got it up just before the skies opened up. It rained hard with thunder well into the night. I made dinner in the alcove of the tent and read for a while before turning in. The book I have is brilliant: El paraíso en la otra esquina by Mario Vargas Llosa. A Mexican buddy had given me another book by Vargas Llosa a couple of years ago so when I saw this one in Ayacucho I picked it up.