15k south of San Marcos to Cajamarca: Up and down 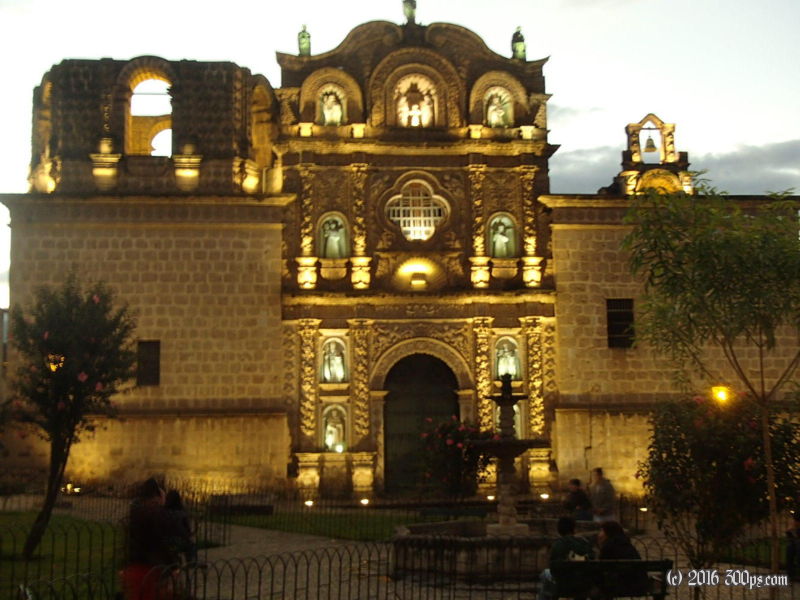 I got up at 6am to pack up my soaking wet tent. The sky was overcast but I only had the occasional shower during the day. From where I camped it was another 350 meters to finish the climb, then came a long descent down into San Marcos. I stopped for breakfast where I was joined by two mechanics from the town who had all kinds of questions for me. They said things are going pretty well economically in this area. The land appears to be quite fertile with cattle and crops everywhere. They must be able to grow continuously in this climate... I gave the guys my card then continued on in what had suddenly become a hot day. Another long, hot climb ensued... then another long descent into the valley where Cajamarca sits. On the descent a light rain developed with the requisite sudden drop in temperature.

I rolled into Cajamarca about 4:30 and got directions to the Plaza de Armas where I grabbed an expensive hostal - I badly needed a real shower and a shave. This city looks a lot like Cusco with a nicely maintained historic center, elaborate churches, and a spotless park at the Plaza de Armas. Interesting how the rest of the country is full of garbage but the center plaza in every city is spotlessly maintained by a number of employees who walk around picking up trash as fast as people can drop it.

I went out for a brilliant chicken dinner, got on the internet, and had that badly needed shower and shave.