Tumbaco to Cayambe: Into the Northern Hemisphere 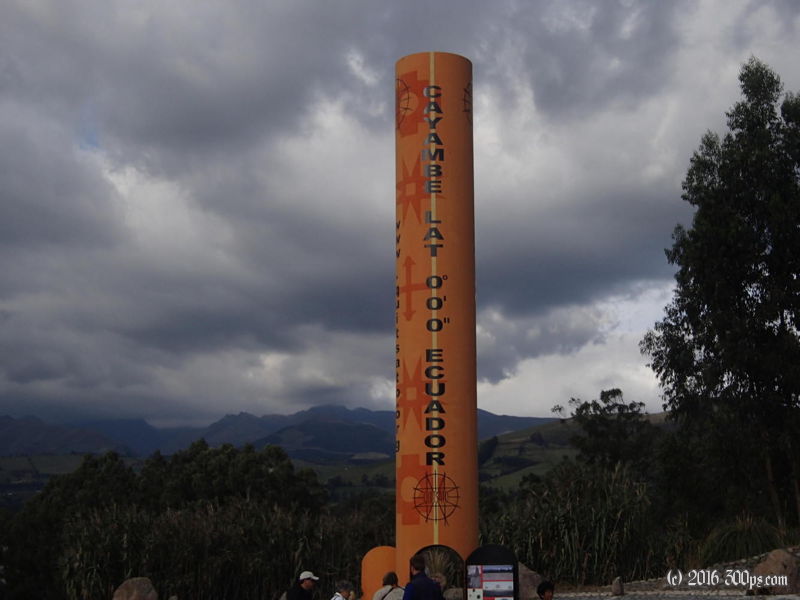 I said my goodbyes to everyone and was out of the house at 8, on my way to town for breakfast before hitting the rail-trail heading north. The first 10 kilometers it was quite busy with Saturday morning cyclists, then they all dissappeard for the last 30k to Quinche. It's a beautifull ride along canyons and the grades never get too steep because it used to be a rail line. At Quinche there was stretch of bad road with barely a shoulder until I hit the Panamericana. From there to Cayambe it was just a highway ride except for the brief stop at the monument where the road crosses the equator. They normally charge a buck to get in but I skated because all the employees were busy sheparding around a bus load of American tourists. Thankfully it turned out to be free because it really wasn't worth a dollar.

In Cayambe I stopped at an hospedaje to ask about a room but it turned out to be a love hotel. That's the second time in Ecuador an hospedaje has turned out to be a by-the-hour affair, maybe they all are? At any rate the owner gave me directions to an hostal that he also owns. I went there and dropped my stuff for a walk about town and to get on the internet.

When I came back later in the evening after eating and doing chores in town I sat up and talked to the hostal owner, Mario, for a while. He explained to me why there are two monuments to the equator. The first monument with the cement globe is where a French scientific mission during the 18th century determined the equator to be, and the second monument is the equator as determined by GPS. There is a distance of about 200 meters between the two, running roughly north-south.