A cold and rainy ride up the Keweenaw Peninsula to Copper Harbor where a cook-in-the-tent kind of night awaits. 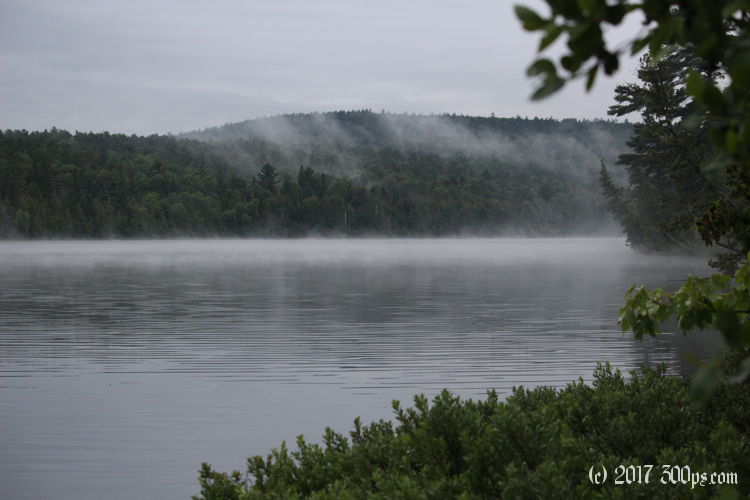 It's looking grim outside this morning -- sigh -- nothing to be done, time to move on. I'm heading up to Copper Harbor on the recommendation of Scott and Steve, the two Michiganites I met in Nordhouse Dunes.

The rain sort of holds off for the first hour, but by Houghton it's coming down hard, and cold to boot. I raingear-up at a rest area and grit my teeth, the airwings on the motorcycle turned in to get the heat of the engine on my shivering legs.

In Houghton I stop to eat some trail mix and get a look at the map to see where I'm headed. This city looks like a mining center with industrial-looking infrastructure on the wide river that passes through town. Signs for mining museums abound. Apparently this area was one of the first big copper mines in the U.S.

The last 20 or so miles into Copper Harbor, at the top of the Keweenaw Peninsula, are pretty stressful. It's raining hard and the road twists and turns over hills covered in thick forest. It feels slippery.

I arrived in Copper Harbor soaked and cold. I get a campsite at the state park. It's a beautiful spot, my site has it's own little private beach on an inland lake parallel to Lake Superior. I set up in the rain and cook dinner in the tent. It's cozy warm as long as the stove is running but the heat dissipates quickly as soon as I shut it off.

I change into some dry clothes and crawl into the sleeping bag for an early lights out. In fact it's still daylight out; it doesn't get dark here until about 10pm.