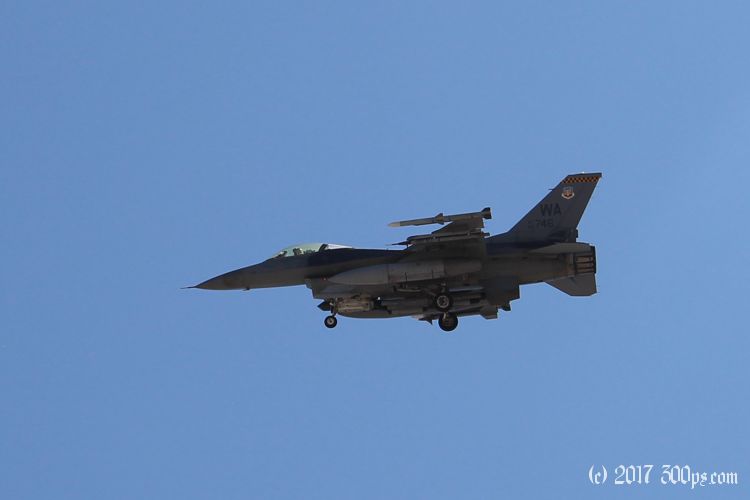 I consider my options over breakfast at Denny's. The BMW directory lists an independent shop in Vegas but there's just a standard telecom company "leave a message" on the other end of the line. I decide to head there anyways, it's the nearest big city. I15 is an interesting ride as it drops into Nevada through a huge canyon, when I come out the other side I'm in the Mojave desert with its heat, sagebrush, and Joshua Trees. Nevada adds casinos to the mix. I get off the highway in North Vegas to see if the BMW shop still exists... nope, the address is some kind of sewer pipe company now. One cool thing about this detour is that I get to see lots of fighter planes doing takeoff and landing manoeuvres from the air force base.

I get a motel room, poke around the internet, see that Phoenix has an independent mechanic. On the phone he says he knows somebody nearby who rebuilds Fox 2.0 shocks, but they won't be open Saturday and he is closed Sunday/Monday. I've got a few days to kill. I'll stay here Friday then get out of town for the weekend (not really up for a Vegas weekend).

There are a lot of really messed up people in this town, and for some reason many of them seem to gravitate towards me. I have a long discussion with a homeless guy who follows me into a restaurant to get breakfast. I suspet he's a meth addict from the way he can't seem to hold a line of thought longer than a minute or two. He's in his 50's, from L.A., wound up in Vegas somehow. I buy him eggs and bacon and wish him well on my way out.

At night I take a ride down the strip. I feel obligated to take a look since I'm here, but I would have been better served by going to bed early... just a lot of people indulging themselves in various sins, kind of like Disney Land for adults.