New York: Hanging out in the city 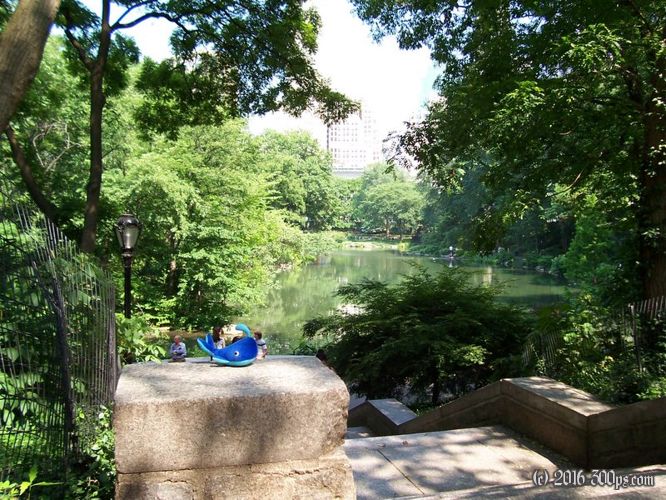 Everytime I go to New York city I just can't believe how many people there are. As soon as I get out of the subway there is an explosion of people and noise. It is hot-about 90 to 95 for the two days I am there. There is no escape from the heat on the streets.

The hotel room is pretty lame - but it's a great location and only $80 a night, which was the cheapest I could find without winding up in a shitty neighborhood.

Take a shower, a nap, and off to meet some old friends on E79th.

Next day I walk around the city and eventually wind up in Central Park where there are at least some trees and water.

Dinner that night with my ex-girlfriend at a French bistro. The waiter doesn't speak English or French but the food is quite good: escargots à l'ail et poulet fermier.

Thursday is hot as hell. Check out from the hotel, E train to the Port Authority. Greyhound bus leaves 11am for Boston. The guy in the seat next to me is a cop from Haiti (bet he's seen some stuff). We speak French for a while, he's on a long trip: Venezuela, Miami, New York, Boston, Montreal. The bus gets in to Boston at 5:30 and I hang in PO square waiting for K to get off work. Run into Sharad and Suresh in the lobby. Nothing's changed yet? Dinner that night at Scollay Square - grilled tuna, goat cheese mashed potatoes and cheesecake.