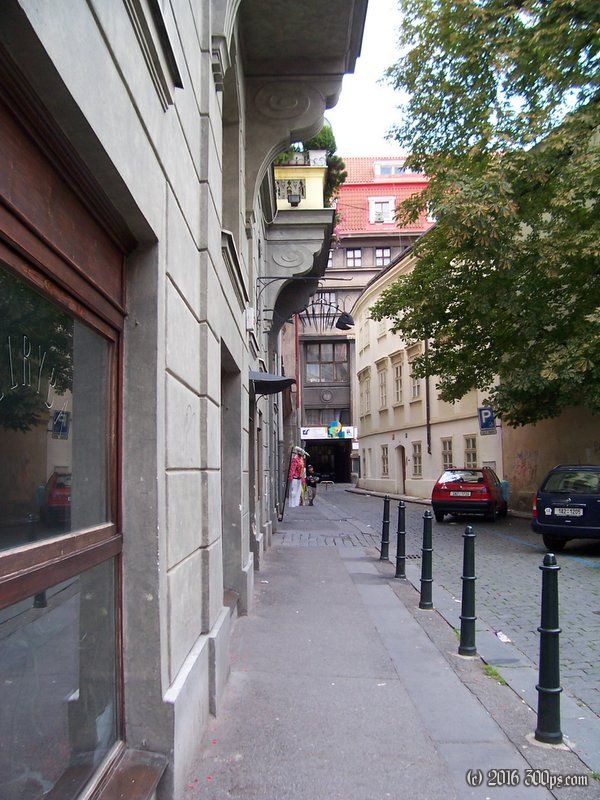 Breakfast at the hotel, more German. SpiegelEier (fried eggs). On the road late-ish, towards Prague. Only 76 miles today, decide to stay in Prague to get a sense of the city. I book a private room in a hostel at the tourist office, who I pay directly for the room and they give me a voucher for the hostel, this is a first for me. Kick around Prague for a while then head to the hostel. I talk to two Norwegians there who just had their car stolen from in front of the hostel...worried for the bike. They had their passports in the car. The concierge gives me a key to a glassed-in vestibule in the front of the building and tells me to put the motorcycle in there but it doesn't fit. I end up parking the bike directly below my window. I pull the fuses just in case, remove the plate and lock it up real tight. I sleep lightly. Good cheap dinner that night. Driving in Prague really sucks, the streets seem to be designed to deliberately drive people crazy so they will give up and walk. Not a bad idea.

Crawl out of the hostel at 11am. Spend the day walking around Prague. It's a

beautiful city with great big baroque, or Gothic (not sure which is the correct term) façades. At the International on Na Porici I meet an American guy named Andy who used to live in New Orleans and actually knows my friend Ford from Baton Rouge. He's living on a commune in northern Czech Republic, chopping wood and getting closer to God. Eon from Southern England who gives me a free book of poems, one of them is entitled "EasyJet scumbag man". Good laugh but right on the money. English guy who runs walking tours of Prague.