New York: Dropping off the bike 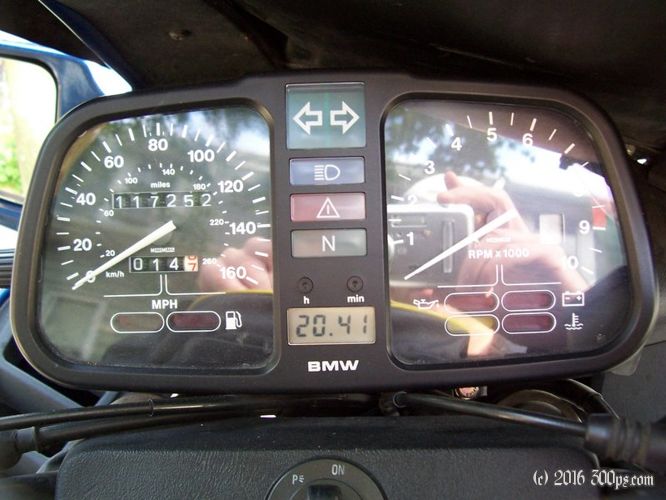 Nice and sunny day, about 80 degrees. Hopped on the Mass. pike westbound to I84 South. About 5 miles outside of Hartford a guy on a red BMW pulls up next to me and beeps. I get behind him and after a couple of minutes realize that it's someone I used to work with, he's the only guy I know who would have hair like that sticking out of his helmet. I flash the lights a few times then chase him down 291 towards Windsor but he's not stopping so I turn off and head back down I84. I send him an email from NY and he replies saying it was him.

It's just a straight highway shot to New York, no messing around. I want to get to JFK early in case there are any problems, little did I know. I get to JFK and cruise around for a while looking for building A23 in cargo area B. After about 15 minutes I figure out that I passed it twice, they only have one sign for A23 and it's not facing the direction I've been heading in.

I pull into door 34 at Lufthansa Cargo and show them my paperwork. They immediately start throwing up roadblocks:

"you don't have the right paperwork", "we don't ship motorcycle walk-ins", "where is the original paperwork", "you have too much gas in the tank", "you haven't paid for this", etc.... I end up having to do laps around the airport to burn off all the gas. The broker had told me I could bring a quarter tank but these guys say it has to be almost dry. Finally I get it checked in and after making a bunch of phone calls they locate the paperwork which was in their office the whole frigging time. It turns out the woman who had it is on vacation this week, ugh...

For future reference, here is what is needed to ship it out:

Hopefully the bike will ship out this Sunday, they didn't give me a real confident feeling. I walk out and ask somebody how to get to Manhattan. They tell me to take the Q10 bus which shows up just then. I've only got $1.25 but the bus driver let's me on (it costs $1.50). He tells me where to get off in Queens and I hop on the E train. I ask a couple of people which way to go and a guy on the train tells me where to get off. It works out perfectly, I get off at Lexington and E53rd which is about two blocks from the hotel.