Port Dickson to Malacca: Malacca, as in straights thereof 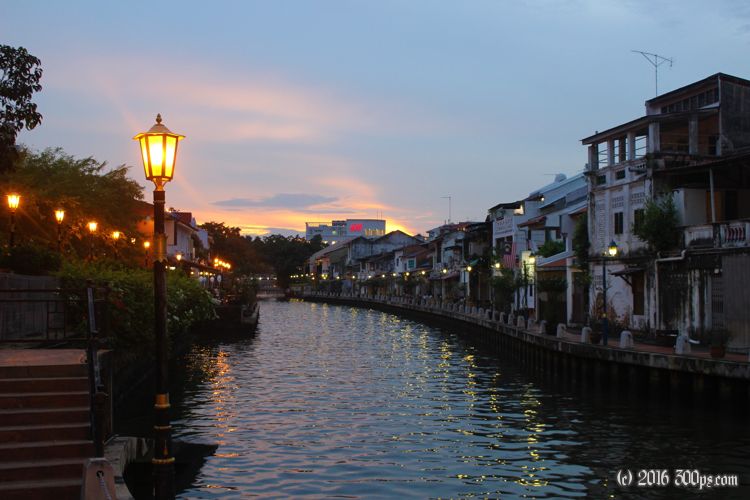 Coastal ride, or more like just-out-of-site-of-the-coast ride, ending in the suprisingly funky city of Malacca. Slightly surreal to show up on a bicycle in one of those places I learned about as a kid in school.

The day does start out with an actual ride along the coast, but that doesn't last long. I enjoy breakfast and coffee on a beach before the road leaves the water for the rest of the 70 or so kilometers into Malacca. Not much to report on this ride... a bit ugly to be honest.

I arrive in Malacca mid-afternoon. The city is quite different from anywhere I've seen in Asia: it has that mix of colonial architecture with street chaos that is so typical of Latin America. The place I booked is in the center so I have to navigate the one-way streets through the old city hopping with tourists. I get lost a couple of times in spite of the modern wonders of GPS.

Malacca is one of those places I read about in school, an important trade city for centuries, alternately a Portuguese, Dutch, and British colony; and here I am rolling up on a bicycle. Surreal. I had the same feeling riding into places like Cartagena, Colombia or Santiago, Chile.

I go for dinner at an Indian restaurant the guesthouse owner recommends. It's good but after walking around the historic area for a couple of hours I need a second dinner of Malaysian food at an outdoor cafe, complete with vanilla milkshake. After that I'm not really hungry but I could probably put away a third dinner. I consider it but I'd better just go back to the guesthouse and get some rest.