Neiva to desert: Wandering around the Tatacoa desert 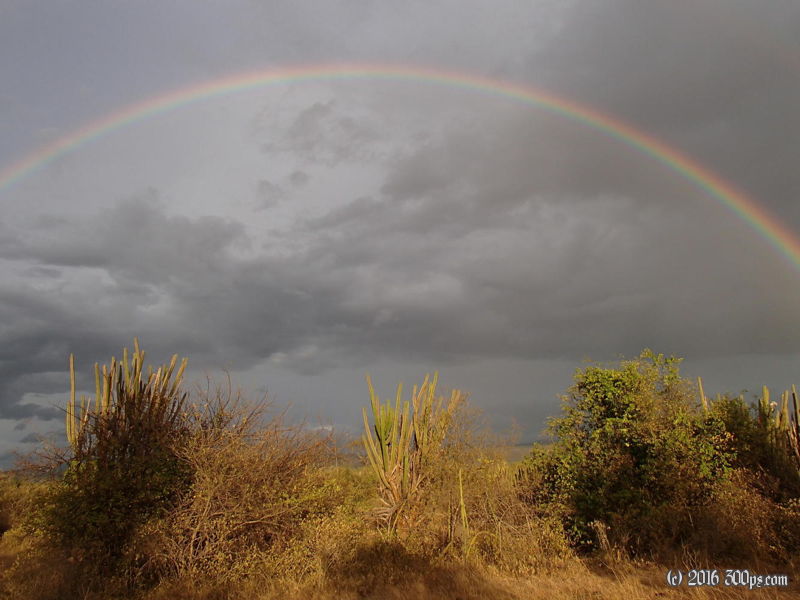 Phil and I were both sent down for the count by a nasty case of the turista. Since we both got it at the same time we suspect the scrambled eggs we had had for breakfast at the rest stop where we camped before we made it to Neiva. Two and a half days of sleeping and loading up on liquids got us sufficiently back in shape to tackle the Tatacoa desert.

We hadn't even made it out of Neiva when my back tire went flat. I changed it on the side of the street with a tube I had just bought the day before, it is a 28x1.5 so hopefully it will be more resistant to flats than the 27x1 3/8ths I was using. The day started out hot in the city and only got worse once we got into the desert. After a stop for drinks we rode up past the observatory into the desert. The area looks exactly like Arizona with the weather to match: hot, dry, and an unrelenting sun. We got mixed messages from a number of locals about whether we could cut back down to the river from where we were. We took a wrong turn at a fork and ended up in a small village called Doche which was a dead end... after riding back to that same fork the other option didn't work out either. We reached a house where the owner said there was no way we could make it through there on bikes, only horses and only if we knew the path which we obviously didn't. We backtracked about 5 kilometers and decided to camp. The slow ripio riding and getting lost had chewed up the day. Not a waste however as the scenery was beautiful all day and the desert campsite was perfect.

While I was preparing the sauce for dinner Phil says from his tent: "Reckon it might rain tonight?" I look up at the sky to see an enormous rainbow, then twenty seconds later it starts raining. Good timing. It didn't last long however.