Near Tacoma to Sorata: Sorata or bust 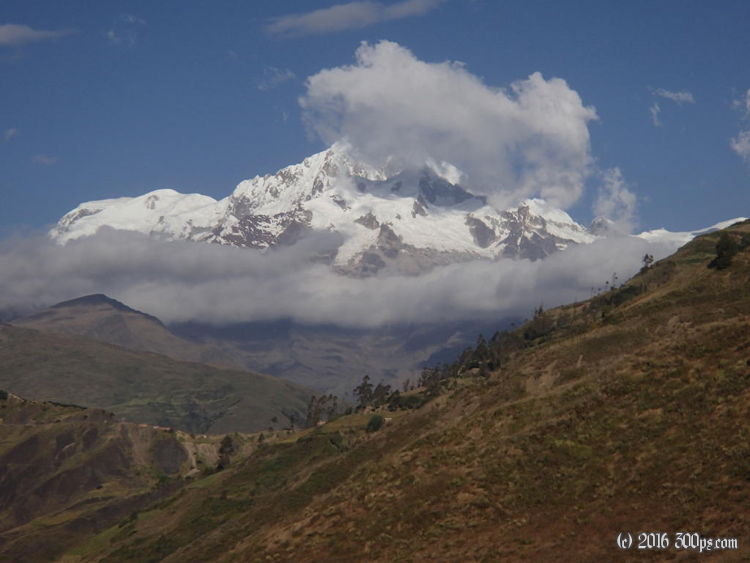 It was cold last night. I woke up to find ice all over the tent, and the temperature didn´t get above 0 until 9am after I had been on the road for over an hour. My fingers were numb in spite of the heavy gloves that I dug out from the bottom of the panniers.

The climb picked up from were it left off yesterday until I reached 3,600 meters, then came a long descent back down to 2,400. My map said there was 138 kilometers between Mapiri and Sorata, by those numbers I should have hit Sorata at the bottom of that long descent, but instead I came to a town called Quiahaya. The map showed a good distance remained from Quiahaya to Sorata which put me into a funk. I just wanted to get to Sorata and rest. When I came to a small village that had Sorata-24 kilometers painted on the wall my funk turned into some serious crankiness... 24 kilometers left meant that I still had some heavy climbing to do. There was no choice but to put my head down and keep going, even though I was starting to doubt I would have the reserves to make it to Sorata by nightfall.

Late in the afternoon I came to a construction site where the workers said there was no way through, the road would be blocked until next week, and that I had to backtrack to take a detour. I hadn´t seen any sign for a detour even though they insisted there was one. I headed back down from where I came for a half a kilometer and stopped at a store to get a soda. I told the woman running the place that they wouldn´t let me through and she suggested I take a footpath across the street that would lead up to the detour road, allegedly saving me a couple of hours. I asked if she thought I could get up there with the bicycle and she said yes, no problem. Well... I did it but it certainly wasn´t without problems... the footpath climbed up at 20% grades with about 2 feet of room to work with next to a cliff with a sheer dropoff. I don´t know if she was just confident in my abilities or sending me to my death (probably the latter), at any rate it took a supreme effort of pushing, dragging, and carrying the bike to get it up the 2 kilometers of path before it merged with the detour road. A school must have let out up near the top because I ran into a bunch of kids coming down. They just stared at me in disbelief as I pushed the bike up the hill. One 8 year old girl stayed there watching me for a good 15 minutes. I felt foolish but I just had to get to Sorata today no matter what, it was all or nothing.

Once on the detour road I had to climb another 200 meters before reaching the crest of the ridge which separated me from Sorata. I finished the descent into town as night was falling, grabbed a room at an hostal, and took a disappointingly cold shower in spite of the sign out front that said hot showers. I met Rich, a German from Köln who came here to hike in the mountains, and we went to a restaurant for a couple of pizzas and a long discussion about the current state of the world.