Sea of Cortez to La Paz: This place is packed with Americans 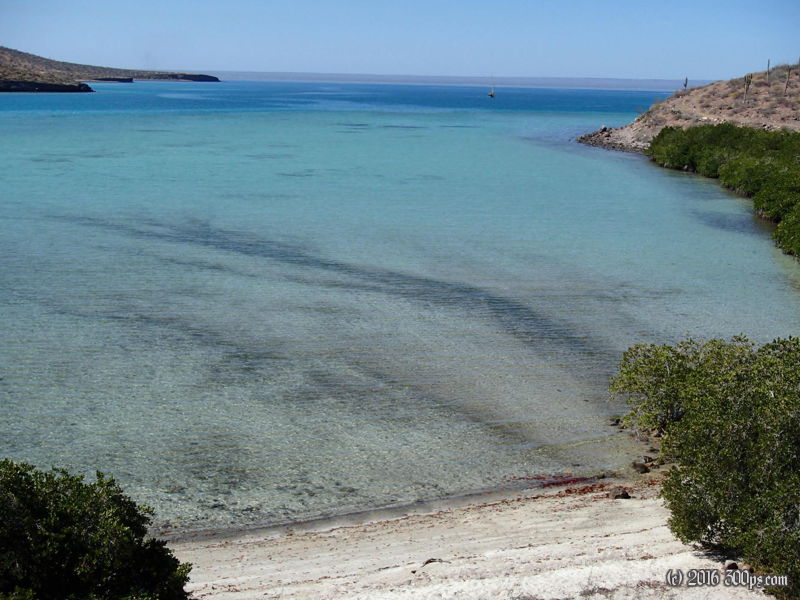 There wasn't too much sleep to be had overnight. The only available area for sleeping aside from outside on the decks was a room with airplane-type seats. I tossed and turned quite a bit, managing to doze on and off through 8 hours, but never got into a deep sleep and consequently got up just before dawn not feeling very refreshed. The sun rising over the stern of the ship was beautiful, with sharp oranges and pinks set against the deep blue of the ocean. It was chilly until the sun got higher up, then it became downright hot when not standing in the breeze generated by the speed of the ship.

I had breakfast with the same guys I hung out with the night before. The comedor was a comical scrum of travelers taking turns eating at the two tables that could only sit about 10 people at once. Everyone was very friendly and joking however, it seemed that a camaraderie had formed between the passengers from the shared experience of passing the night together on the ship.

Not far from port two whales appeared on the port side, they weren't all that big but they were fascinating to watch. We all ran to the other side of the ship when they dove in that direction. I got off a couple of shots with the camera but was unable to get a really good picture.

The captain brought us to an impressively soft landing at port, and I was able to get right off the ship with very little waiting. I had to go through a metal detector then pull off all the bags from the bike to load them through an x-ray machine. A policewoman at an immigration-type booth asked to see my ticket but didn't ask for my passport or id.

Next I was off on a hot 15 kilometer ride into La Paz. The city is jam-packed with Americans. I guess I shouldn't be surprised but I somehow had the image of La Paz as a sleepy little port, I figured all the tourists would be in Los Cabos. I was pretty tired from the lack of sleep so I decided to crash in a hostel for the night before heading north tomorrow. I got to have a long conversation in English with some people at the hostel, something I hadn't done for a while, so I was glad I opted to stay for a night. I did a supermarket run to prepare for what should be a couple of days of slim chances for roadside services.