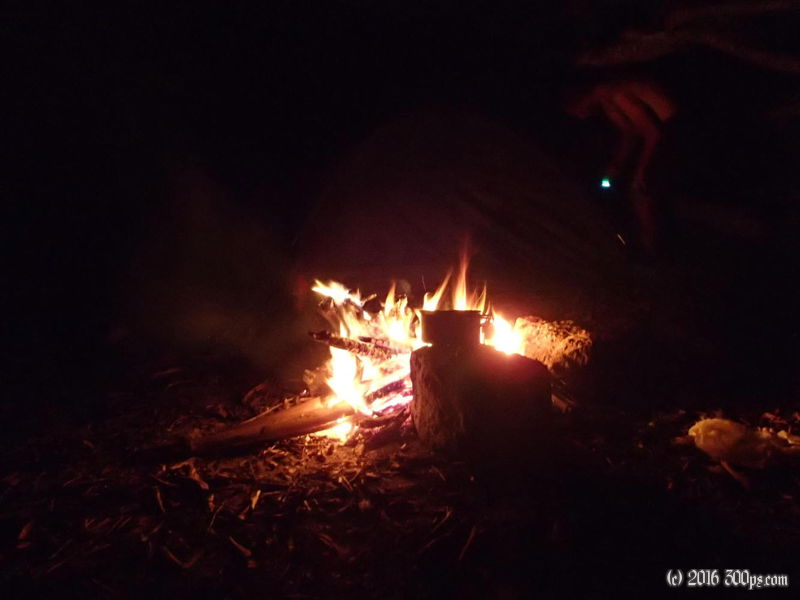 Today was pretty much flat, hot, and uninteresting until the end when we reunited with the Magdalena river at Puerto Triunfo. We had a huge dinner at a restaurant on the main road then cruised down towards the river. The town of Puerto Triunfo reminded me of Bolivia in that everyone stared at us like we had just stepped off a spaceship. Near the malecón a guy told us we could go through a private estate to get down to the river to camp. We rode a few kilometers on dirt, passed through a few cattle gates, then found a nice spot next to a tributary of the Magdelena. We were isolated enough to have a fire (even though it was frying hot... I kept sweating until about midnight). The fireflies were amazing - they lit up the hillsides like some crazy Christmas lights display. At one point I stood under a big tree that was full of them and it seemed as if they were stars blinking on and off. I set up the tent without the rainfly and had to rush out of the tent in the middle of the night when a big thunderstorm rolled in and soaked us.