Pasto to Santiago: Escape from Pasto, cold rain, then a night in a church theater. 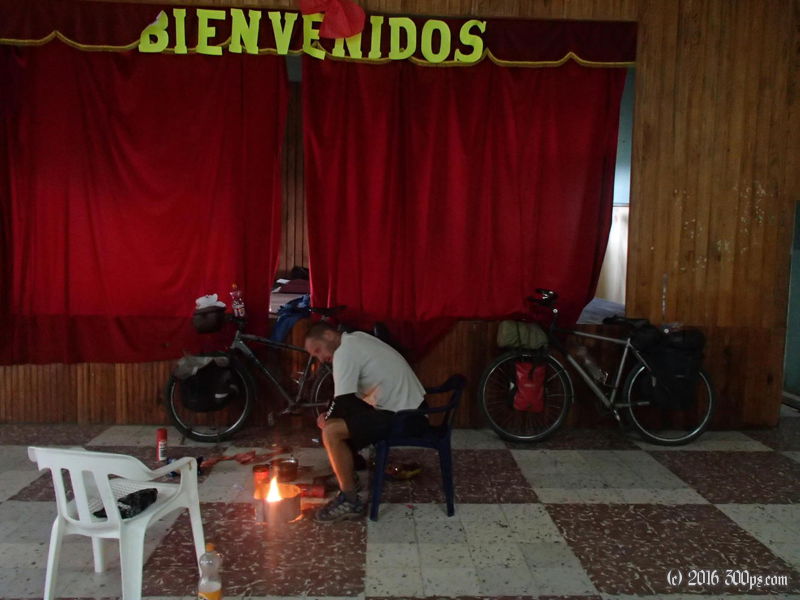 I went out in the morning and got my last shot (thank God) before we hit the road. We successfully got out of Pasto without further incident. Lots of climbing today, most of it in a cold rain but the road was paved for almost all of it. The end of the day was all descent until we got to a town called Santiago where we asked at a church if there was any place to camp. We were introduced to the pastor, a Spanish guy from Burgos who has been in South America for 35 years, 25 of them in this town. He was quite a character. He told us that he had done most of South America by hitchhiking when he was in his 20's. It turned out that he had studied and worked in Barcelona so we had a chat in Catalan while he fed us a delicious potato and meat stew... super nice guy. He gave us the keys to the church theater so we could sleep out of the rain. I´m not sure what the event was but there was a party in and around the church all night with live music. Everything that goes on in the church is broadcast via loudspeakers to the town square so we could hear it when the pastor said a prayer for the two cyclists traveling up from Argentina...