Ocosingo to Palenque: Not the easy day I had in mind 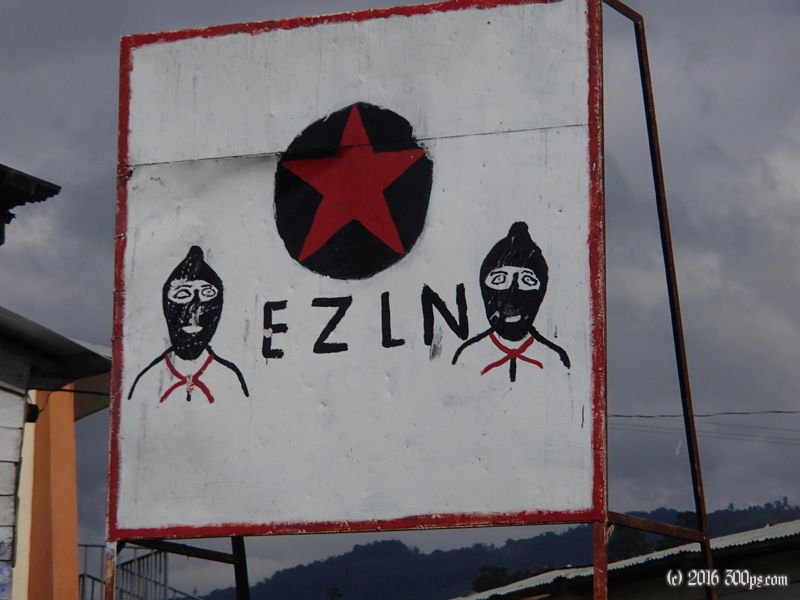 I figured I would wake up early because I went to bed early but it didn’t work out that way. Since it was already past eight I just decided not to rush and went out for a good breakfast of chilaquiles rojos. I finally got pedaling at 9:30. Last night I read another cyclist’s blog that said about today’s ride: “Palenque is downhill from Ocosingo”. I took that to mean it would be an easy day, but no, I ended up climbing over 1600 meters. While Palenque technically is downhill from Ocosingo there is a roller coaster in between.

Lot of gringo calls today. A couple of times I ran into kids who had set up roadblocks with rope to try and charge people for using the road. One was in a dangerous spot, around a corner on a descent, I yelled at them to get out of the way and fortunately they did before I hit the rope. This was not a friendly road. At one point a big truck with UK plates went by. I ran into a bunch of Mexican kids from Mérida with improvised pannier setups. They said they were going to Agua Azul and wanted to know how far it was, they were not going to get there today, particularly as they were walking the bikes up one of the climbs. Later I rode with a kid on a street bike for a while, that helped me pick up the pace to make it to Palenque before dark. My late start made it a close call, I rolled into a campground down the road towards the ruins just as night was falling. At the campground I saw the big truck with UK plates again. It’s a German truck made by Man carrying a family of Brits. The truck reminds me of the Bremach truck I saw on Paso Cristo Redentor in Chile, it’s a custom job. I made dinner a light dinner and was in the tent by 8. For some reason I wasn’t that hungry, a rarity for me after a long day’s cycling. I can hear howler monkeys off in the distance as I write this.