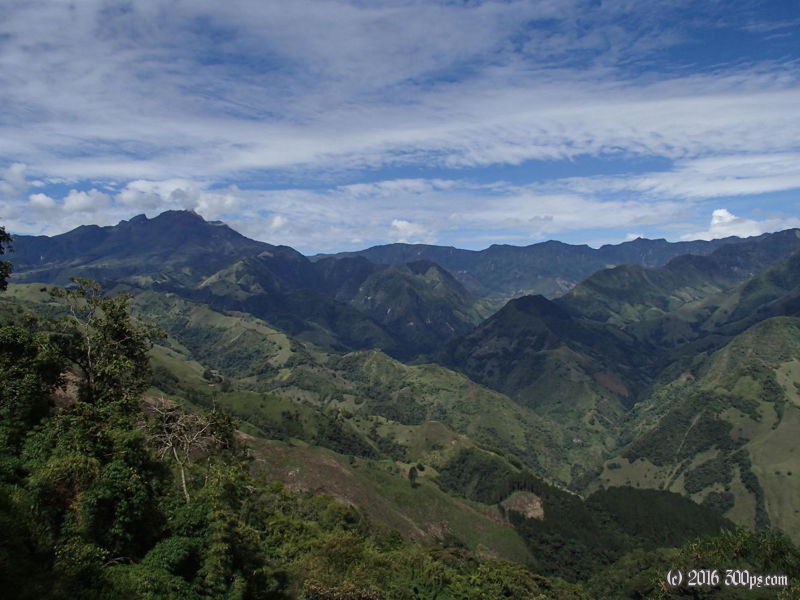 I was back at the gas station in the morning for an excellent breakfast and some more map talk with the owner. It was sunny so I got a good look at the amazing views they had been telling me about last night. Lots of downhill in the morning, I dropped about 2,200 meters of elevation all told. Unfortunately it wasn't a straight drop, there were some stiff climbs thrown in that had me sweating up a storm in the heat. By the time I reached Honda it was 40 degrees. I stopped for a mango milkshake to boost my morale.

Phil and I road this section a couple of months ago so from Honda to Puerto Triunfo it will be Magdalena river ride redux. The ride isn't very exciting to begin with so I just banged it out with minimal stops. Tomorrow will be more of the same. When I hit La Dorada I called it quits and got an hospedaje that has a fan in the room.

This side of the mountains has a very distinct feel from the other. Aside from the heat and more obvious poverty, the cities have a chaotic spontaneity that is more reminiscent of Peru. As I was walking around the center of town a lightening bolt struck nearby, followed by ear-splitting thunder and loss of power. When the power came back on 10 minutes later everyone let out a cheer.