Gardnerville to Carson City: The friendliest place in America? 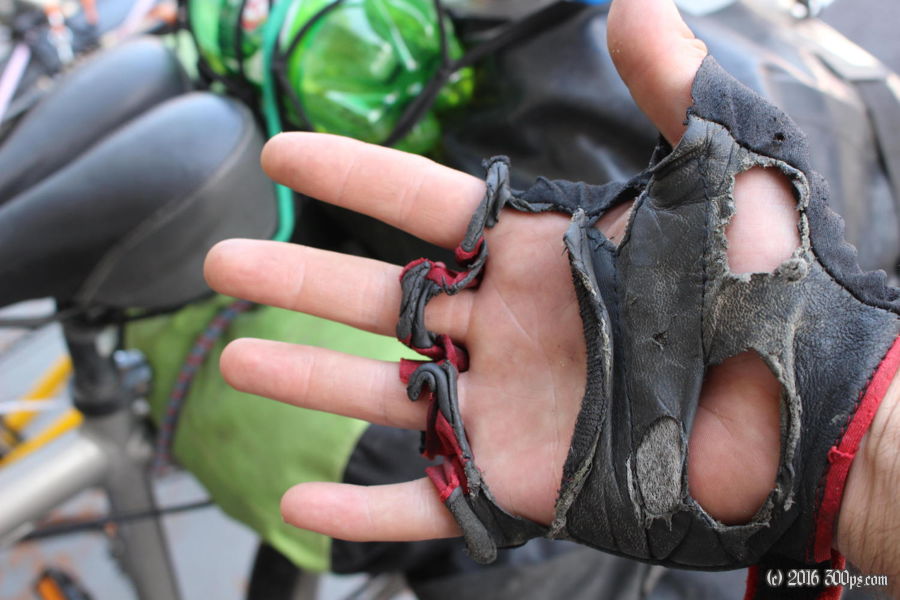 The first of a long series of encounters with friendly people starts at breakfast. The elder gentleman next to me at the counter at the Cowboy Cafe tells me the story of California Chrome, the horse going for the triple crown, a local businessman is part owner of the horse. We get to talking about my trip then the rest of the patrons at the counter jump in. Fun breakfast.

As I'm making my way down the road towards Carson City I'm joined by Tim, a resident of Gardnerville formerly from the mid-west who takes an interest in what I'm up to. He invites me for lunch, why not it's only been an hour since breakfast! We go to a casino where I have a salad (been a while) and a long conversation about travel. Tim has done some long bike trips including the Mississippi River Trail. He offers to show me where the three things I need are located in Carson City: the BLM/Forest Service office, a place to get road maps, and a bike shop. At the Forest Service office I pick up a map that has the back roads of the Humboldt-Toiyabe National Forest. The girl at the desk says fire restrictions start tomorrow. At the Nevada DOT I get maps for Oregon, Idaho, and Montana. They don't have California maps because California charges for them, a bummer because my Rand-McNally CA map is a complete mess. Don't buy it, the paper is really crappy quality and it doesn't have much detail.

Next up is the bike shop, Bike Smith, where I strike gold: a solid new back rack, new gloves, a new tire, and an offer of mechanical assistance and lodging from the manager Mickey.

Mickey doesn't get out until 6 so I've got some time to kill. I set off to see the sights of Carson City...that doesn't last too long. At a gas station I get to talking to an Indian guy, we talk about what it is like to cycle in India. He gives me his address and tells me he'll be there starting next winter. It gets busy for him at that point so I don't get a chance to ask him how he knows these people.

I manage to kill the afternoon completing a few other tasks like retaping the handlebars. I'm back at the bike shop by the time Mickey is ready to leave, we cycle back to his house a couple of miles away. I meet his son and his pets then we get to work on the bike. Not long after taking a look at my wheels he decides to set me up with a set of Mavics that he has. They are sweet, this totally bails me out. We install the rack, he changes the back brake pads, tightens the headset, and makes a bunch of other little adjustments. To get the back rack on I have to sacrifice my highest gear. When I bought the last rack in Guatemala the mechanic jammed a bolt that was too large into the hole next to one of the axles. A 4mm bolt doesn't fit anymore, I put it in back wards which will hold it but the bolt head will interfere with the chain on the highest gear. Oh well, it's not like use it that much.

After a dinner of trout that he and his son caught themselves we spend the evening talking about life and future plans. He has a hand percussion instrument that fascinates me: a hand pan. I had never seen or heard of it before. He says it was invented not all that long ago. it makes a sound that conjures up an image of Tibetan monks chanting in the mountains.