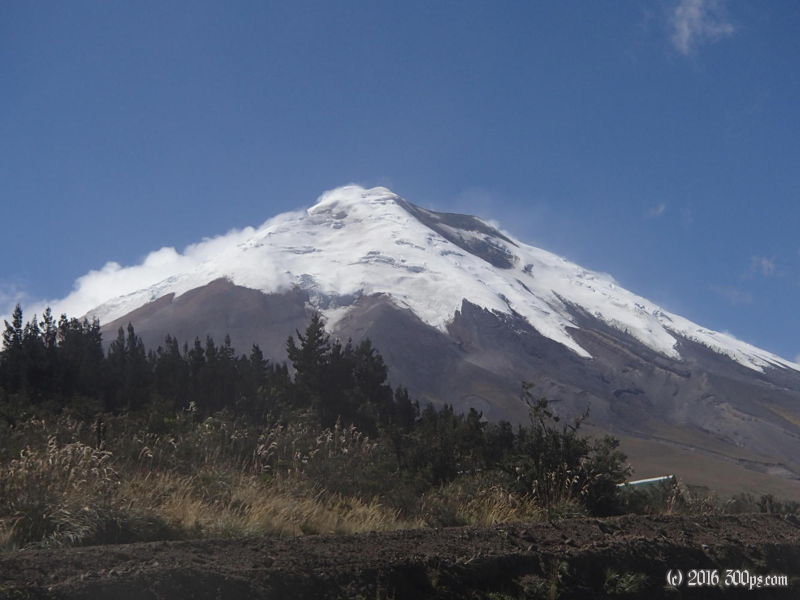 It was cold overnight, to be expected at over 3,000 meters elevation. When I got on the road I found out I was really close to the entrance to the park. There is a restaurant there, some gift shops, and a hostal. I saw a few Westerners wandering around but didn't talk to anyone. They appeared to be charging cars as they went into the park but I just road through the gate and no one stopped me.

A couple of spandexistas on racing bikes passed me while I was climbing then they came back down the other direction 10 minutes later. I thought this meant I had reached the top, but no, it just meant that the pavement ended and switched to ripio. At this point the headwinds really kicked up, making it a difficult climb up to 3,700 meters. I passed a campground... I wished I had known about it, I would have made a go for it last night. I haven't been in a campground, or even seen one, since San Pedro de Atacama in Chile. The concept of camping doesn't seem to exist in Peru or Bolivia... makes sense, it is kind of a rich country activity.

There were great views up on the plain next to the volcano, a lot like the high Andes scenes I have come accross so many times on this trip. The descent down to Machachi was rough: rocky ripio and sand followed by a long stretch of cobblestones that killed my hands from gripping the breaks so hard. I dropped 1,000 meters to get to Machachi which made things a lot warmer, it was chilly up top. I managed to beat the rain that was coming accross that high plain, it never descended down into the valley. In Machachi I got a room at a hostal after a comical moment where I went through a door into the courtyard and the wind slammed it shut behind me, and locked it, while the bike and all my gear were sitting outside. I was right next to the market where there were tons of people walking around so I had a moment of panic as I ran around the hostal looking for someone to open the door. I found someone after an uncomfortably long 5 minutes and was greatly relieved to find the bike still there after they opened the door.

Went out for a huge late lunch and walked around the market, and a massive market it is. There were hundreds of stands selling you name it.