Ciudad Constitución to unknown beach: Back to the ocean 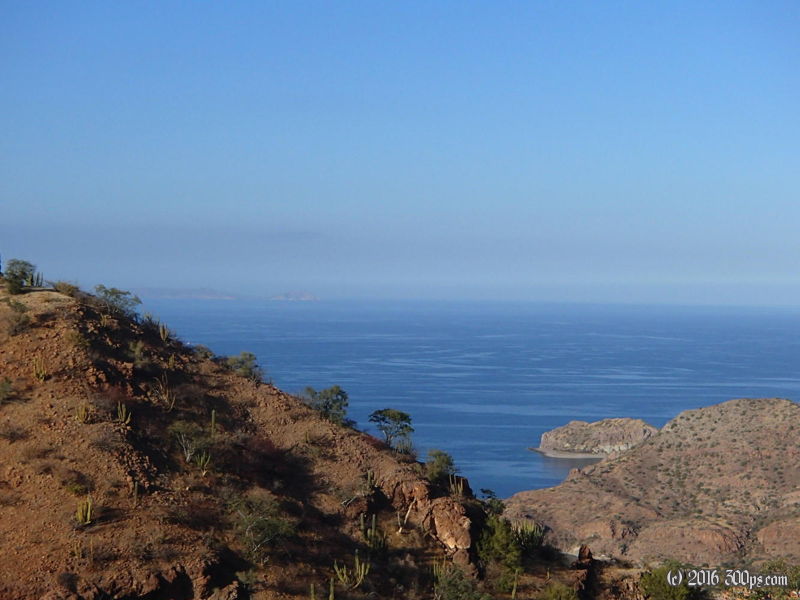 I packed up the bike and went in search of breakfast a little after 8. A nearby restaurant provided chilaquiles rojos with eggs, beans, and an excellent coffee. After that I made a stop at the supermarket to stock up on supplies. The security guard was nice enough to let me leave the bike inside the store near the cash registers while I did my shopping. I bought a cheap knife while I was there to replace the one that mysteriously went missing sometime in the last few days. I had bought that knife in Antigua, Guatemala for short money, I think that now makes three knives I have lost.

I got out of the city at 10am. Again I was confronted with headwinds, although not as bad as yesterday. I thought maybe I would catch a break today because I headed east from Ciudad Insurgentes towards the coast but it was not to be, the wind was still working against me. I chatted for a while with a woman who runs a convenience store in Ciudad Insurgentes, she was completely convinced that I was nuts for riding my bike all the way from Argentina. After that city there was a long, ever so slight climb through the desert for about 40 kilometers until I got into the mountains. From there on the scenery only got better and better, first with rock buttes and cacti-filled valleys, then with fantastic views of the ocean as I descended back to sea level. It was getting late so I turned off the highway onto a dirt road that headed towards the beach. I ended up on a beautiful beach without a soul in site. I set up camp, made dinner, and spent an hour just staring at the moon and the stars.