19 kms east of Cuya to Arica: A whole lot of climbing, new duds, and a badly needed shower 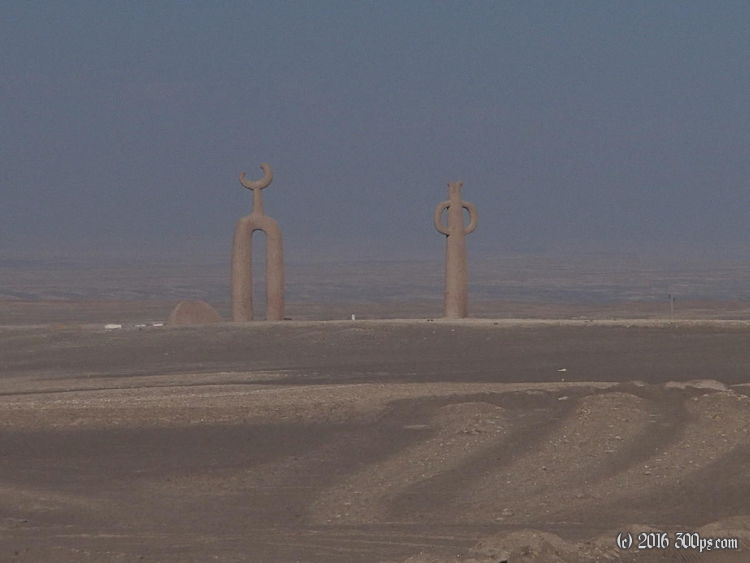 I was out on the road early and the 19 kilometers into Camarones/Cuya flew by. Camarones is one of these small checkpoint towns with a bunch of small restaurants for travelers. I had a coffee at one of them then filled up the water bottles at the carabineros station. The big descent last night was one side of a V of which Camarones is the apex at sea level, now I had to do the other side of the V going back up and out of this canyon. It was a 1,150 meter climb from the bottom to the top. They are working heavily on this road so I had to stop multiple times to wait for traffic to come down. At the first stop a trucker gave me one of those bright florescent work vests saying I had better wear it with all the construction going on.

It was a long climb, and hot, but enjoyable nonetheless. I wasn't expecting to do so much climbing near the coast (I always expect that on the coast in Chile, and it's never true... lots of mountains/hills on the Chilean coast). When I made it to the top the wind picked up again and slowed me down. A while later another canyon appeared, same kind of deal, long descent to the canyon floor then long climb out of it, although this time the climb was straight into the wind. I confess I had a moment of despair when I was at the bottom of the climb looking up into all that wind. Of course once I got started it wasn't so bad and I felt great at the top. After that was more high plain until the final descent into Arica.

I got into the city just around sunset and grabbed a hotel room, very cheap at 7,000 for a simple but decent place. I went out for a big pizza (family size they called it, I was hungry again 2 hours later!), took a badly needed shower, located a bike shop and a laundromat for tomorrow, and updated the blog. Phew. Long day... 122k ridden and 1658 meters climbed... I should sleep well tonight.