Ivalo to Örnik, Sweden: Straight ahead. 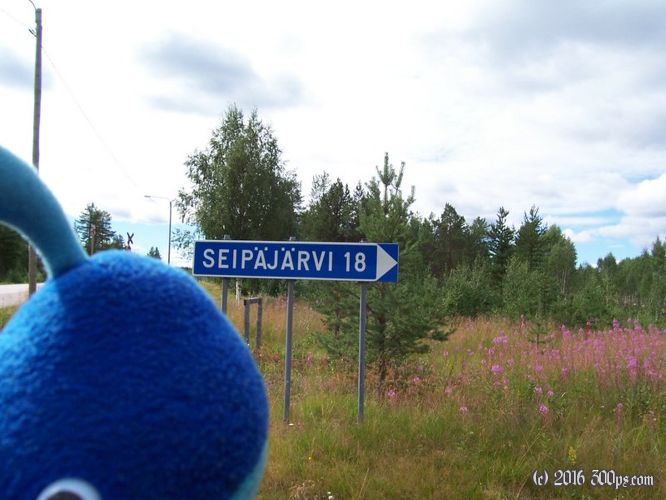 Breakfast this morning at the hotel was interesting. A very drunk Norwegian who was partying with a bunch of other guys all night on my floor decides to join me for breakfast. He hasn't slept all night. They are here for a contest where they drive snowmobiles on a lake to see how far they go before they sink. His name is Frank, he says he used to be a member of the Hell's Angels in Norway and did time in jail for selling 4 tons of moonshine in '96. Well, he does appear to have some experience with alcohol. He says he owns a hotel in Thailand, then gives me his card with the hotel address on it. It's always hard to get away from drunk people, they cling. I don't get on the road until 10am. The hotel forgets to charge me for the reindeer last night but I fess up. My crime spree is over now that I've left Norway.

I was originally planning on driving to Helsinki then taking the boat to Stockholm but I change my mind and decide to just head straight for Stockholm. It's a long haul, I was hoping to get a ferry from the top of the Gulf of Botnie but I stop at the tourist office and they say the nearest ferry is Turkhu which is almost as long a drive as going straight to Stockholm.

The driving from Ivalo to Lulea, Sweden is a bit dull. In Finland it's a straight

road through lake country and pine forests, a lot like northern Quebec. At least in Sweden the pace picks up, the speed limit is 110kph most of the time on the E4. Get a cabin (vandarhem) for the night in Örnik, joke around with the receptionist. Lots of porcupines on the property.