Stolpen to Frankenau: The Elbe, Dresden, bring on the lederhosen 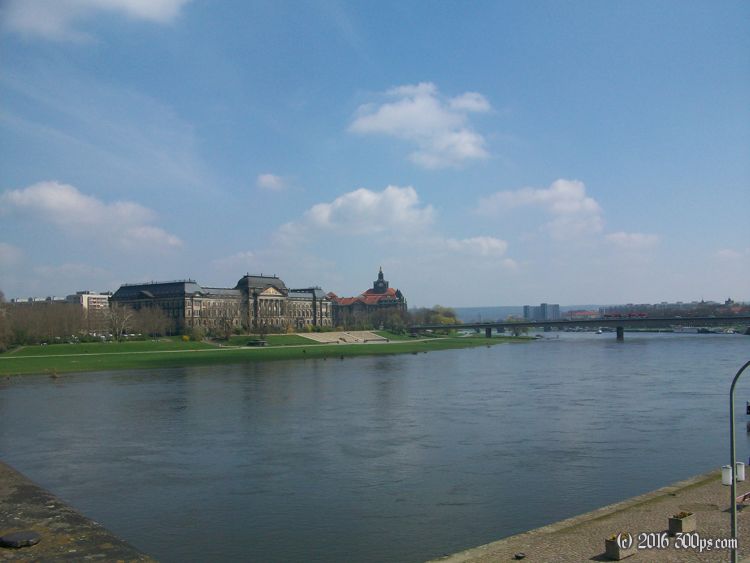 The morning is quite enjoyable: a liesurely ride down to the Elbe, then a small ferry takes me accross with the bicycle. I pick up a bike path on the other side that leads me into Dresden. It's a beautiful Saturday afternoon that's brought the tourists out in force. Very pretty old section of the city along the river.

Finding my way out of Dresden proves to be difficult. I'm trying to pick up a bike path but the signage is bad and I lose it. After a while I just say the hell with it and head off to the south on the roads. Despite Germany's reputation as a bicycle-friendly country, things can get hairy on the secondary roads that tend to be small and without shoulders. Cars don't seem to be thrilled to be sharing the road with me either; several come way too close for comfort.

I ride until after dark because I can't find any inns along these back roads. Eventually I come across one by the side of the road staffed by boisterous, buxom German women dressed in those traditional frilly shirts, serving steins of beer - it's so stereotypical of an American's perception of Germany it feels like a scene from a low-budget movie. They keep me up late telling stories of my travels.