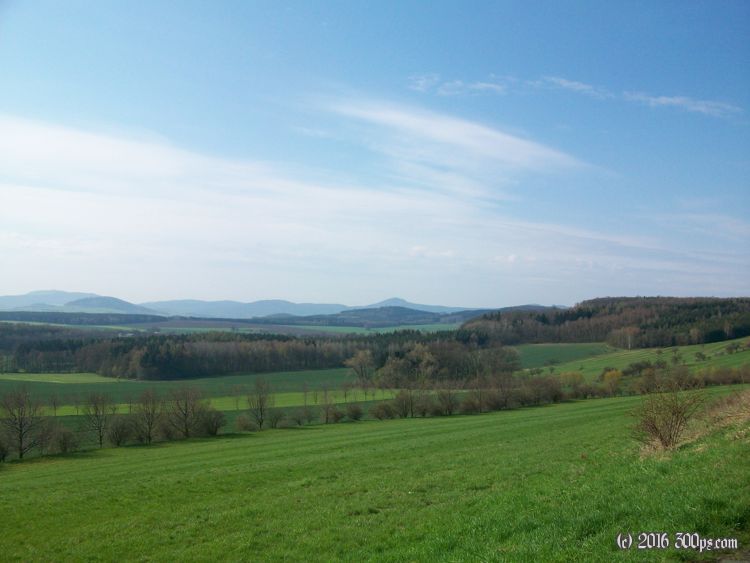 I've spent the night in this cul-de-sac that Germany has between the Czech Republic and Poland. Not in the mood for trying a country where I don't speak the language on this trip, I have to head north then west to get around this jutting piece of the Czech Republic (what an awkward mouthful, it was easier to say it when it was called Czechoslovakia) that lies to my west. The countryside is pretty: rolling hills with cultivated fields and the occasional forest (all planted it seems, I haven't seen any natural, old-growth forests in East Germany).

Late in the day I spot a town perched on a big rock rising out of the newly-plowed potato fields like Quasimodo's hump. Intrigued, I have to check it out. Stolpen is the name. I find a room for 17 euros in a guesthouse. The owner brings me along when he goes shopping, I take the opportunity to stock up on snacks and lunch food for the next couple of days. The walls of the guesthouse are covered in photos of the owner doing the Camino_de_Santiago on foot. He says it took him a month by foot from Vézelay, France to Santiago de Compostela, Spain. They must have moving at a pretty good clip.

After dinner I wander around the Schloss (castle). It's easy to imagine the medieval scene that surely played out here with some lord living in this castle while his serfs toiled in the surrounding fields.