Narbonne to mountains above Collioure: back on the road 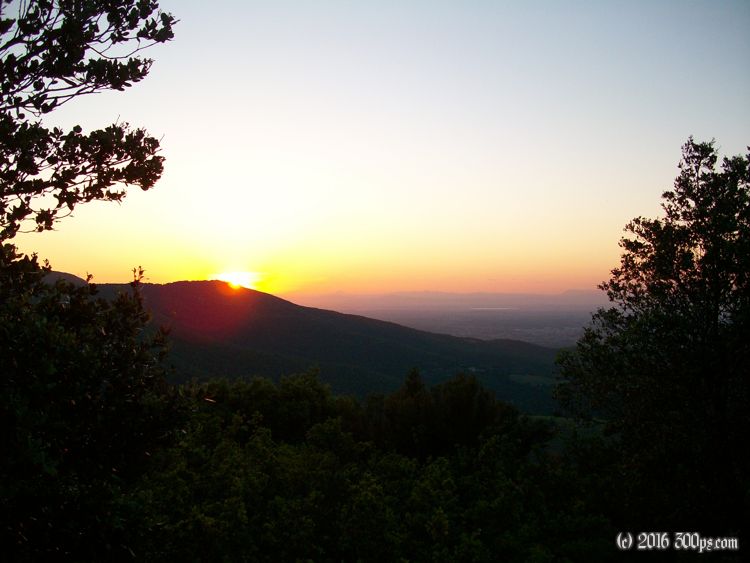 After another long break it's time to head south again, destination Spain. While I was in Narbonne I bought camping gear: tent, mat, sleeping bag, pot and pan set, camp stove. I got into too many jams not being able to find accommodations in France; and when I did they were invariably too expensive. The camping gear will give me more freedom to stop when and where I want. Plus summer is in full swing, I won't have to worry too much about cold weather from here on out.

I picked up most of the stuff at Decathlon. It was pretty cheap, time will tell if the quality is any good.

The ride down the coast towards Spain is pretty nice. Leaving Narbonne there is a 20-kilometer ride along the Canal de la Robine until it runs into the ocean at Port-la-Nouvelle. From there it's a combination of bike paths and roads, some along the beach, until the foothills of the Pyrénées mountains start after Argelès-sur-Mer.

I head up into the mountains rather than ride the coast road so I can find a place to stealth camp. I end up in a perfect spot overlooking the coastal plain to the north. Setting up the tent for the first time is a bit comical, I didn't do any dry-runs before this, but eventually I get it figured out. I make pasta with my new cooking gear and enjoy the sunset before retiring early.