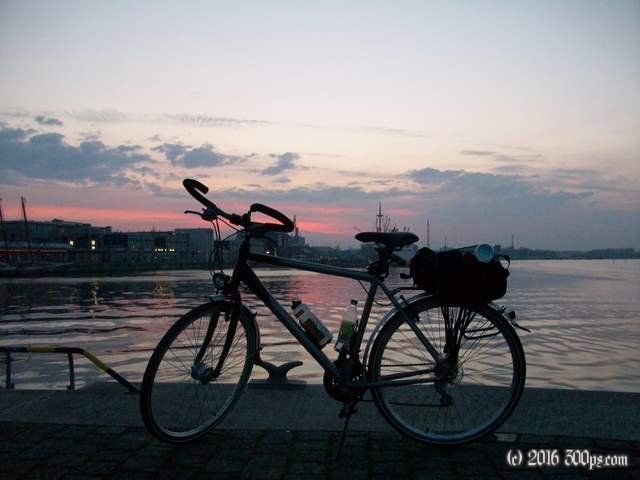 Winter in Berlin has finally come to a close. The sun actually feels vaguely warm, more than just a dull glow on the horizon for a change. My treatment with the doctor has come to an end as well. After numerous bloodlettings the level of iron in my system seems to have settled on a reasonable plateau. My marching orders going forward are to maintain this level by engaging in consistent and strenuous excercise (see here for full story). The first thing that comes to mind is a long bicycle trip; there's nothing else to keep me here in Berlin, I've finished the translation work and the extremely long and dark Berlin winter has convinced me that I have no interest in living here permanently. An interesting thing about Berlin: in the summer it is a lot of fun; the city bustles with life, people are out all the time, there are tons of things to do. In the winter it's a different story: people are miserable, glaring at each other, aggressive behavior around every corner... a number of times I've seen fights almost break out on the streets or in the subway because people are winding each other up over nothing. I was lured in by the summer only to be turned off by the winter.

I won't make the same mistake again, I'm moving on. For the last couple of weeks I've been making the rounds of the bicycle shops, looking for the right bicycle and enough accessories to kit myself out for long-distance travel. I'm still pretty clueless about bikes but I'm feeling my way through it. I decide on a no-name aluminum bicycle that I find at a shop next to the canal in Kreuzberg. For only 300 euros it seems like a steal: solid, light, low gearing for the hills, and big enough to support racks and bags. I swap out the straight handlebar for one with horns and buy a set of Ortleib bags on sale at Karstadt. Bottle cages, a pump, some oil, a spare tube, tire-levers and a few tools round out my equipment. I still don't dare camp, it's early spring yet which means cold nights; and frankly I'm a bit intimidated by the whole camping thing, particularly since it would have to be stealth-camping as it's too early in the season for any campgrounds to be open in Germany.