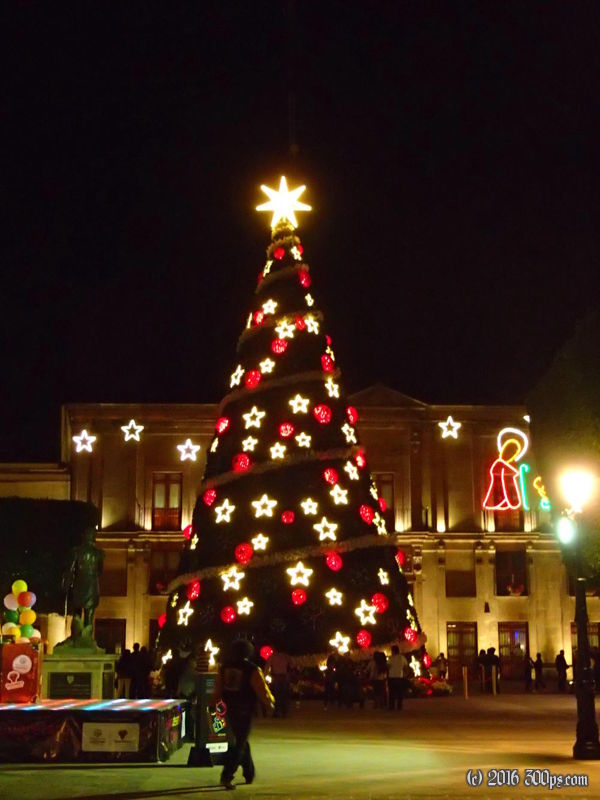 I was up early after a cozy night's sleep in a warm bed despite the chilly weather. I said my goodbyes and planned on heading out of town without breakfast, it seemed to be too early for any hope of food, but at the edge of town a place was open that had great chilaquiles with eggs. There was down then up to start the day, then when I turned the corner to get out of the canyon I had ridden through for the first couple of hours I got walloped with a strong west wind. The wind would be the theme for the rest of the day. It didn't affect me too much until I hit the bottom of the next canyon, from that point I was climbing straight into it.

The road turned south through the town of Vizarrón and a few more climbs before swinging back to the west about 15k short of Cadeyreta. As soon as I rounded the mountain where the road headed west I was heading right into the teeth of the wind. It was pretty much that for the rest of the day: mostly flat riding into the wind. I turned off towards Querétaro before Ezequiel Montes to avoid having to go back through San Juan del Río. 40k from the city I stopped at a gas station to get a drink, I talked to a few of the guys pumping gas for a while. Surprise, they had all worked in the States. They recommended taking the airport road, saying it was shorter than the highway.

I arrived in Querétaro about 5:30. I was kind of wandering around trying to get the lay of the land when Julio pulled up on his fixed gear bike. He had toured down to Guatemala and Belize about a year ago. He showed me the way into the center and invited me for a dinner of gorditas (a kind of pancake stuffed with cheese and meat, very good) and a pitcher of tamarindo. We talked about bikes and traveling, then he led me to an area that has hostels where I got a bed, took a shower, and had a badly needed shave. Later I went out for another gordita and an ice cream. It feels like I could eat forever in Mexico and still not exhaust the inventory of new things to try.

The center of Querétaro is very nice, very colonial and well maintained. It reminds me of Guanajuato.