Playa Dominical to Orotina: Scenery, heat, rain, and hotels playing hard to get 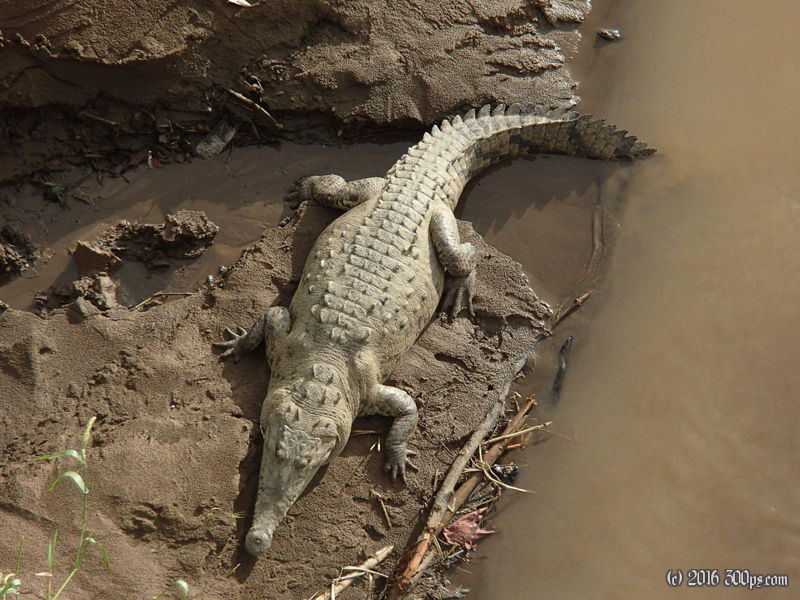 My resolution to get up earlier due to the time change has survived at least one day: I was on the road by 6:45. Hot and flat until I approached Jacó where the road first started to roll before presenting some bona-fide climbs. I rode past a beach resort called Punta Leona where I had stayed a couple of years ago with some Mexican friends. It felt strange to ride by it on a bike; my impression of this country is completely different now from what it was when I flew in that time. Arriving by airplane makes things seem exotic, probably because of the sudden change in scenery. On the bike it just seems like another day...

I stopped at the same bridge we had stopped at on that trip to see the crocodiles. Still there sunning themselves on the mud. They don't seem to get tired of the tourists... At 4pm it started raining as usual, quite heavy at times. I was completely soaked by 5 but no accommodations were to be found. I ended up riding an hour in the dark to get to a decent sized city named Orotina before finding a hotel. I briefly considered crashing the bomberos but decided against it. Checked into the hotel and went out for a big pork chop dinner.