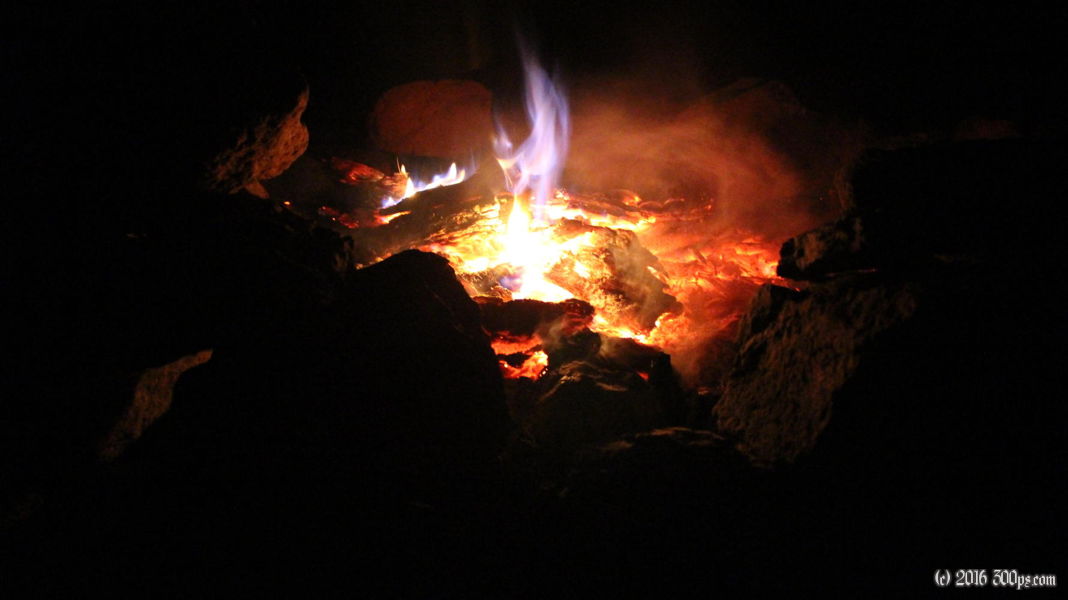 I have a nice night's sleep with the cool breeze wafting through the open windows. I'm up about 7:30, Bill's wife makes fried eggs with toast and fruit. We talk a bit more about things going on in the area before Bill runs me down to a town a few miles away to get a map for the Shasta Forest. The woman working there says no fire restrictions yet, I hope I get to have one tonight.

Back at the house I pack up my stuff and say my goodbyes. They are super nice people, I really enjoyed the conversations. I've never done Warmshowers before because I'm uncomfortable with the concept of showing up all dirty and smelly at a stranger's house but I can see why people do it. Having company in a civilized setting, never mind enjoying some of the amenities of modern life like a hot shower, changes the equation. Normally when I'm touring I'm in a kind of "battle" mode where I'm fighting the road, the elements, the stuff breaking, etc... but when I leave their house today I feel completely at ease.

I stop in McArthur for a liter of iced tea before heading out to a town called Glenburn on a back road. From here I pick up a dirt road that heads into the National Forest. As soon as I leave the pavement the cars disappear, I won't see another one until 6:30pm when I get up near Medecine Lake. To start the road is similar to Lassens, red clay with some washboard that winds through tall pine forest. Around 2 I try to stop for lunch but realize there is a six-foot snake hanging out in the shade where I wanted to sit down. Not there then. A mile down the road I find a good place to eat and relax on my back staring up at the sky through the pines. All peaceful and serene.

The mood starts to change when I get back to the bike. I see that I've picked up a slow leak in the front tire. Oh well. A half hour later I come to the conclusion that I'm heading in the wrong direction, on a stiff climb where the road makes a sudden swing to the east. That junction I passed a few miles ago must have been the turnoff for Jane Glover Flat. I didn't recognize it because it had a sign saying Forest "3", a designation that is nowhere to be found on my map. I ride back down and head west on the "3", confirmation that I'm heading in the right direction comes a mile later when I pass a sign in the middle of a meadow saying Jane Glover Flat. It seems odd that there is a sign, it's just another meadow like so many others up here.

The climbing starts around 3:30pm. At this point I'm at 4,000 feet. I've gotten used to the idea of lower elevations so I have no clue what's in store for me. The road just keeps climbing, and climbing, and climbing... I'm starting to get pissed off because the dirt is thick and the back tire doesn't want to grab on anything over 6 percent grade, of which there is plenty, and the slick coating of pine needles that covers this seldom-used road. I pass 5,000 feet. This is getting serious, I don't have enough water for this type of exercise. I left McArthur with 4 liters plus the liter of iced tea... I've got to stop treating this area like the forest that it isn't. It's more like a desert with trees. The northeaster in me sees pine trees and thinks stream at every bend but that is definitely not the case here.

I pass 5,500 feet. I'm really getting cranky now. Gone is the serenity of this morning. I have to make Medecine Lake at this point because I've got no other option for water but it's still far away and what's in between me and that water is not looking easy.

6,000 feet. The road degenerates to 4 wheel drive territory. I'm really fighting the bike to keep it moving up the grades. I yell out the occasional curse word to no one in particular, the pines aren't listening. Finally I hit the pavement of the road heading to Medecine Lake. I think I'm home free... but the road just keeps going up. I drink the last of my water at 6,300 feet. It's 6:30 already so I don't have a lot of daylight left. At every bend I think the road will go down, but no, it keeps going up. I'm really at the end of my rope at 7,000 feet, will it ever end? How high does this damn thing go? Then I see a sign for Bullseye Lake, 1 mile to the east. Big question: does it really have water? It's either that or continue 3 miles to Medecine Lake but that means developed campgrounds and people, I'm out of time to just grab water and move on, so I decide to make a bet on Bullseye. The road is descending so I better be right, I definitely do not want to climb back out in my dehydrated and aggravated state. Bingo: I come to a lake that's not Bullseye, it's called Blanche, but it has water in it and nice primitive campsites around it. The only people are a couple on the other shore. I drop the bike and make a b-line to the lake to filter a couple of liters of water which I drink on the spot. What a relief.

I make a fire and cook dinner on it. I really outdo myself tonight with dinner, it comes out exceptional. I think the difference is that I slightly burn the garlic which gives it great flavor ("it" being pasta with sauteed peppers, eggplant, onion, sun-dried tomatoes, lime, habanero chiles, beans, cheddar cheese, and spices). I've got so many ingredients I have to double check that I haven't forgotten to throw one in.

When I do the stats for the day I see that I have passed one million feet of climbing for the trip. That's a shitload of stinky feet.