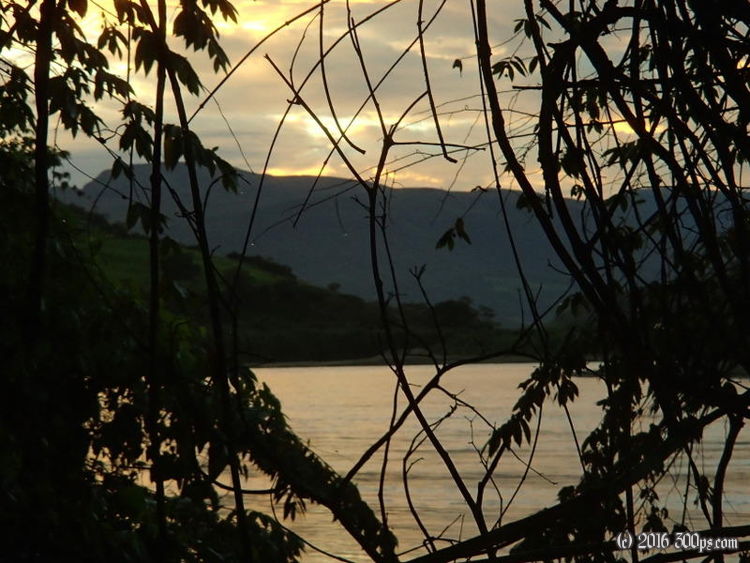 I went for a coffee first thing. Quite good. I gave my recently finished book by Vargas Llosa to the girl working the counter. She seemed appreciative, I hope she reads it, it's a brilliant novel. On the way out of town I stopped for a breakfast of steak, yuka, and rice. It was a hot ride all morning. I got a flat on the back and patched two holes in the tube.

In Tamborapa I stopped for a good lunch. It's a smaller town than my map led me to believe with not much in the way of services. 12k out of Tamborapa I ran into an Irishman named David who left Prudhoe Bay, Alaska last August by bicycle. He must be really moving to have made it this far in such a short time. He said he ran into Phil 3 days ago in Ecuador. We shared tips for a while then it was back to work. The pavement ended 5k later and switched directly to mud... about the same time the rain started, very heavy at times. They are working all along this road which makes the mud that much worse. At a couple of the construction roadblocks they tried to stop me but I had them radio their bosses to see if a bicycle could pass, each time they said yes.

Somewhere along this road a kid threw a rock at me. I stopped and chewed him out, then told his father what he had done. Hopefully he won't be throwing any more rocks at passing cyclists. More mud and heavy rain to finish the day until I found a spot to camp down by the river. I've got 33 soles left to get me to the border - should be fine as long as I camp. The weather cleared up for a nice sunset then it was back to rain as soon as night fell.