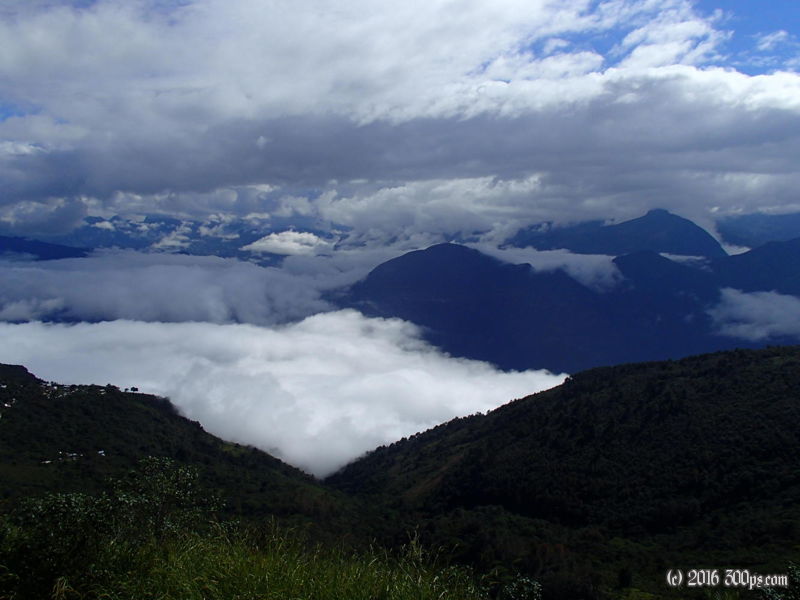 As I was leaving Jalapa this morning a guy selling bread from a booth on the street called me over. His name is Fernando, he worked for a couple of years in Connecticut. We spent a half hour talking about the differences in how business is conducted in different countries. He told me about how some Chinese businessmen came to his hometown a year ago to try and sell people on the idea of industrializing their bread making process. Fernando realized at some point that they were just trying to learn all they could about how to make the bread then they were going to start up a factory in China to export traditional Mexican bread back into Mexico! He also filled me in on what the road would be like for me today. Lots of tough climbing, he said. I don't always trust what non-cyclists have to say about road conditions, usually they are way off, but not today. I climbed my ass off. Stiff grades as well, it reminded me of Ecuador: good pavement but brutal grades.

I had some on and off rain and drizzly fog but never too bad. Above 1200 meters I was out of the clouds and into the sunshine. I had hoped to get much farther today but the climb just chewed up the time, I arrived in Huautla at 4pm completely exhausted. I got a room then went out for a delicious pozole dinner.