Day off in San Augustín: A bit of tourism 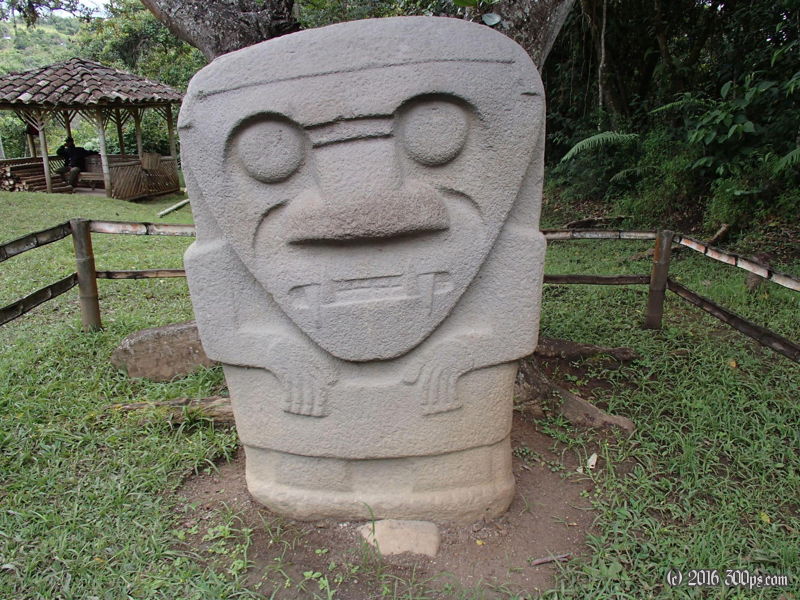 I didn't get out of the tent until 9am. Nice to have a good sleep-in knowing I wouldn't be on the road today. Had a great breakfast of eggs and fresh arepa (a kind of corn & cheese pancake) then went into town for some shopping and errands. People were all over me in this town... I sat on the plaza for a few minutes and 3 different people came up to me asking what I was doing. One of them was a Colombian who is traveling by bike and working as he goes, so far he has been on the road for 13 months but has yet to leave Colombia. He plans to make it down to Patagonia while traveling with his dog and 50 kilos of gear (he does aerosol paintings so he carries lots of cans).

In the afternoon Phil and I went for a couple of burritos in town before going to the archaeological park to check out the ancient sculptures and tombs. Mauricio, the owner of the Mexican food place, told us about what it was like when the FARC controlled this area while he made our food. Apparently they would come into town to buy supplies but generally left everybody alone. He said the only foreigners to be kidnapped were people that went deep into the jungle where the FARC had (and still have to some extent) their strongholds The archaeological park was an interesting site but I found the conversation with some Americans and a Spanish woman who are in Colombia doing a field study of peasant agriculture to be more stimulating. I'm just not much of a tourist... at any rate I will be doing my best on the tourism front by posting an annoying amount of photos of the statues as soon as I can get an Internet connection fast enough to upload. The connection at the campground can't handle photo uploads.