3 kms east of Olacapato to 4 kilometers east of Argentine customs: A day without cars 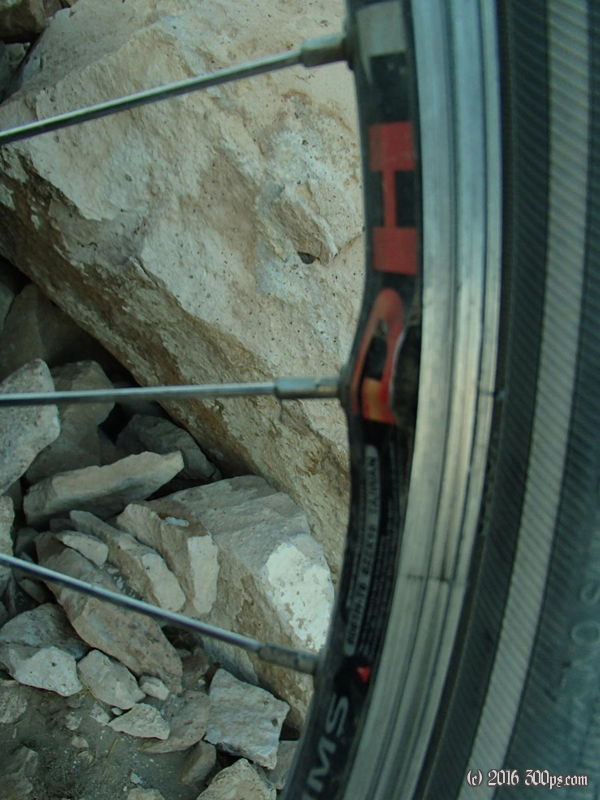 I didn't sleep well, I never do at this altitude, but I woke up feeling surprisingly good. It was cold overnight and this morning. 4 degrees in the tent, probably 0 or close outside. I washed the dishes from last night, packed up, and hit the road. I'm developing some bad habits due to the lack of wildlife around here. Leaving the dishes until morning in the states would invite the whole neighborhood over for a nighttime visit.

At Cauchari, a junction with some abandoned houses, I turned right towards Catúa. Catúa is last chance for food before deep into Chile so I figured I'd make a stop there. The road crosses the Cauchari salt flat, one of the few spots where the road was in decent shape. I guess salt flats make for good road surfaces. After the flat the road climbs up a river canyon. By 1pm I realized I was working on a no-cars day. Not a soul out here. Near the top of the canyon the road surface really goes to hell, it's more stream bed than road. It got really bad on the descent into Catúa. The sand was so deep it was impossible to ride for prolonged stretches. I kept trying, wiping out or dropping the bike at least a dozen times, and when there was no chance of staying upright I walked. It made for a slow afternoon.

When I finally got to Catúa there were lots of people out on the street, all looking at me like I just landed in a space ship. I said hi or waved to a number of them but they just stared. This is the first time in Argentina I've felt unwelcome. Since I reached San Antonio de los Cobres I've definitely felt a different vibe. I hit the store for what will probably be my last bottle of pomelo for a while (a sad moment), and some food items. I needed to stock up on canned stuff because I have a good stretch to do in Chile before I reach a town and they take your vegetables away at the border. I asked a municipal worker where I could get water and he showed me where there was a faucet behind the school.

There is a short climb out of Catúa then a long plain that borders another salt flat, the Salar del Rincon. The wind really picked up on this part. I crawled the last 15 kilometers to the Argentine border station which is located precisely in the middle of nowhere. These guys must be bored to tears. When I was doing the exit paperwork I noticed that the border guard rolled the stamp forward 2 days before stamping my passport. I asked if I was the only one to come through in 2 days and he said yes, "this border crossing is dead". They've got this nice, new-looking complex with a bunch of staff way out in the middle of nowhere and they've processed only one traveler leaving Argentina in 2 days. The last person they saw was probably that Dutch cyclist I met down near Salta... The AFIP agent took one look at my bike and said go ahead.

I climbed into the wind for another 4 kilometers then sought shelter behind some boulders, the only thing around to give some reprieve. It is really howling. As I was pulling the bike up I noticed that the back tire was going soft. I made dinner then went to deal with it and as I was pulling off the wheel I noticed that the rim is bulging, right near where the spoke broke last week. Oh boy. I trued the wheel up as best as I could.

I saw exactly 0 cars today. This is the first time in all my touring that that has happened.