Sicasica to El Alto: The road from hell 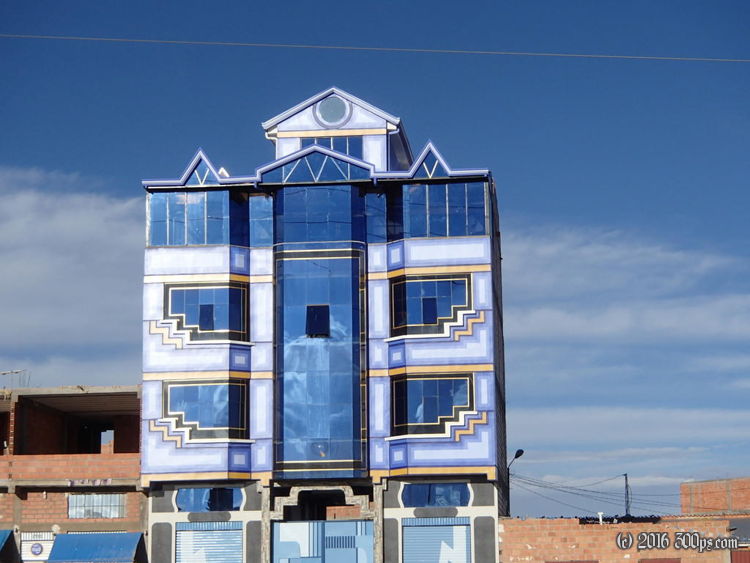 I said my goodbyes to the abuela and was on the road at 7:30. It was a quick downhill 20 kilometers to the next major town where I stopped to eat. I asked what they had for breakfast in one place and the woman cooking said what do you want. Eggs over easy with toasted bread, I said, and she whipped it right up. Delicious with the thick slabs of bread that she fried in butter along with the eggs.

The rest of the day was all about trying to avoid the trucks. With all the construction I frequently ended up on dirt and gravel detours where there wasn´t really enough room for myself and an 18 wheeler. I put on the florescent vest that a trucker had given me in Chile, first time I had worn it since riding to Arica, if ever there was a day to use it today was it. I had many moments of cringing while they passed, just praying that they didn´t hit me. On the sections that were still paved they had chopped off the shoulder while building up a new road along side, leaving a 4 foot sheer drop down to the dirt tracks they were grading. I had to tightrope on that ledge for many a kilometer while the trucks squeezed by. I don´t know how I didn´t fall off that ledge. It wouldn´t have killed me but it sure could have done some damage to the bike.

All this going against the wind, which was manageable until about 3pm when it really became strong, then it rained hard for about a half an hour. I was feeling pretty miserable at that point knowing that I wouldn´t make it all the way to my destination in La Paz. I rode the rest of the way into the city on dirt tracks that paralleled the highway. I just figured it was too risky given that the traffic kept increasing the closer I got to the city. I was prepared to stop at a hotel from 6 o´clock on but none appeared, just a number of really dingy looking alojamiento places were what was available. I ended up continuing until 7 when I finally found a hotel as it was getting dark. I got all my stuff up to the room and on my way out to find something to eat I asked at the desk if they could recommend a place. They directed me to the "jungle" where they said I would find all kinds of places. Very true, and very much a jungle. I´ve never been to Hong Kong but this is how I imagine it: narrow streets packed with people, little restaurants, street vendors, butcher shops, vegetable stands, all in a cacophony of beeps and hawking. People were eating on the sidewalks everywhere, being served by old women in traditional dress cooking from gas canisters right on the sidewalks. I succumbed to one hawker at a small restaurant where I was given a plate of rice and salad topped with fried meat, fried banana, and a fried egg. It was so good I had two of them. The total bill: $1.80. (Sorry to keep quoting prices, it´s just so cheap I can´t believe it sometimes...)

I weaved my way back to the hotel through the chaos for a long, hot shower and some internet time.

My first impression of the city is one of amazement. In all my travels this is the most unique place that I´ve been. I´m looking forward to exploring it more in the days to come.