Cuatrovientos to somewhere between Ciénaga and Santa Marta: Early bird gets the worm 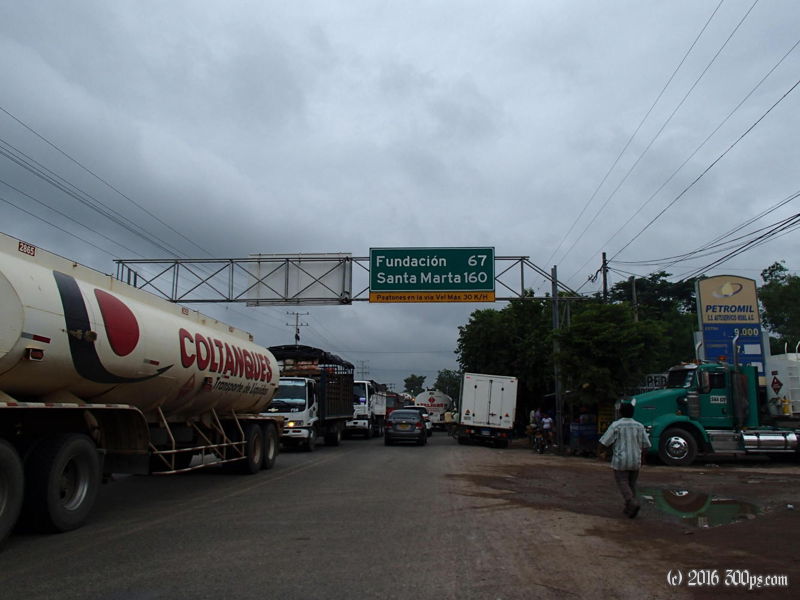 I was on the road by 6:30am. This plus the cooler temperatures due to an overcast sky made for a big day. I was completely broke so I went hungry for the first 30 kilometers. Thankfully Bosconia had a bank so I could get cash and have breakfast.

Flat and full of trucks again, I just figured I would ride as long as I could to get to the coast. I had to ride about 15 kilometers in the dark because there were no places to stay on the coastal highway until I got closer to Santa Marta. I got a room at an hostal where the receptionist handed me three bars of soap with a smirk on her face...might she have been sending me a message? The diesel grime formed a thick black pool in the bottom of the shower while I washed, then I had a lame dinner next door, and soon collapsed exhausted into bed at 9pm.