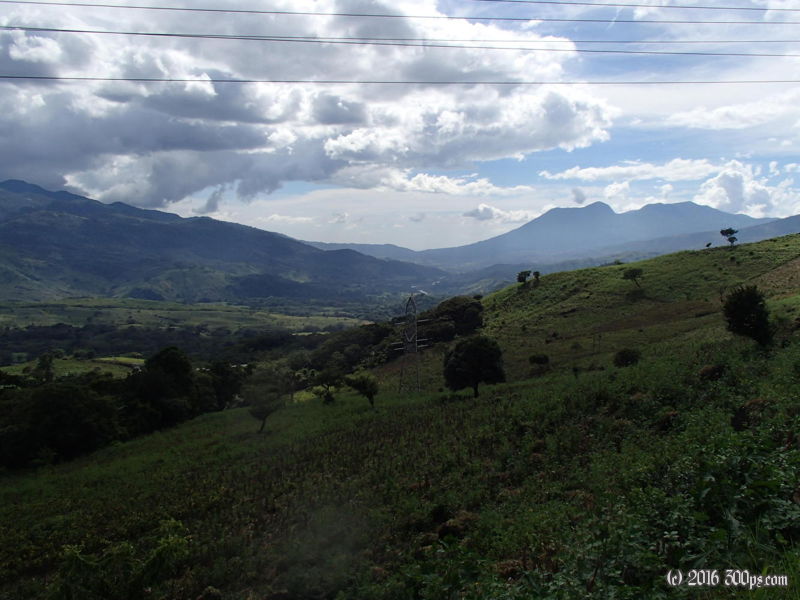 When I got up to go to the bathroom in the middle of the night I could barely move; my shoulder, side, and left knee were sore to the point of being half frozen. I thought for sure I wouldn't be able travel today but when I woke up again at 8 I felt much better. I didn't relish spending the day in a $3 hotel room so I packed everything up and hit the road. I stopped for breakfast on the way out of Jalpatagua and ended up spending a half hour chatting with the owner and his wife. They were pretty down on Costa Rica and Mexico, I guess neither have a good rep with Guatemalans. It actually feels a lot like I'm in Mexico already: my breakfast of huevos rancheros was typically Mexican, last night I had tacos al pastor for dinner, and I'm hearing words like "órale" on the street. Still lots of voseo here though. I'm surprised at how widespread the use of "vos" instead of "tu" has been throughout South and Central America.

Riding the bike loosened up my sore body. There was a fair amount of climbing today in hot weather so I took it easy. When I came to Barberena, a good-sized but run-down city, I decided to quit early. I splurged on a decent hotel room so I could take a hot shower but WiFi was nowhere to be found. I took a nap then rode back into the city in the evening to get dinner. I felt pretty sore again after I cooled down from the riding.