Tlacotapec de Benito Juárez to Puebla: My cash worth: 7 pesos (and 20 Swiss francs) 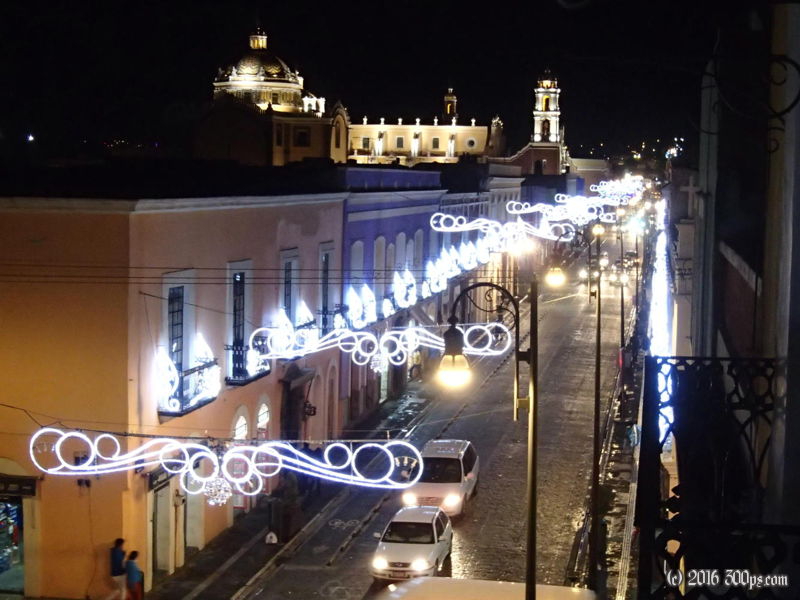 I felt pretty under the weather this morning: sniffling, sneezing, stuffy head. Since I only had 7 pesos to my name and there was no functional ATM in this town I had no choice but to saddle up and move on. I poked around in my stuff hoping to find some cash I might have stashed away but all I came up with was a 20 Swiss franc bill. Not much use in rural Mexico...

I was craving coffee but there again I was out of luck until I found a bank. I ate my one remaining tortilla with the last of my peanut butter and hit the road. Cold and sunny at first, then hot and sunny later on. In Tecamachalco the traffic really picked up. I was brushing elbows with trucks for the whole 25 kilometers to Tepeaca. There were a depressing number of dead dogs on the side of this road. I saw no bank on the libre going through Tecamachalco so I decided to just keep going. I ate the last of my food: 3 tomatoes. When I arrived in Tepeaca I rode past an Italian Coffee Company store and that made me draw a line: I was not leaving this city without getting money and having a coffee. I found a Banamex machine but it had a two-block line of people waiting to use it. The HSBC branch had two ATM's, both out of order. That makes two HSBC branches with 3 broken ATMS in two days. HSBC is officially on my shitlist. I cruised around some more until I found an ATM in a bank I had never heard of before. It dispensed nothing but 500 pesos notes! Oh well the coffee place had to be first on the list, they seemed like the kind of place that could break a 500, and they did.

Armed with a café latte and a slice of carrot cake I went looking for lunch. I found a cemita shop (big sandwiches this area is known for) and got one to go. I grabbed a table in the central park and commenced to stuff myself. I was a big hit at the park; I chatted with a couple of cops, a few of the vendors, and a family from Monterrey that wanted to take a picture with me.

Between the blazing sun, the headwinds, my worsening cold, and an overfull stomach I really struggled for the last 40 kilometers into Puebla. At least the road turned into 4 lanes which gave me some relief from the trucks. I arrived in Puebla completely nackered, got a hotel, went out for another cemita and tacos dorados, then back to the hotel for hopefully a good night's sleep.