Back to Medellín: Getting ready to roll 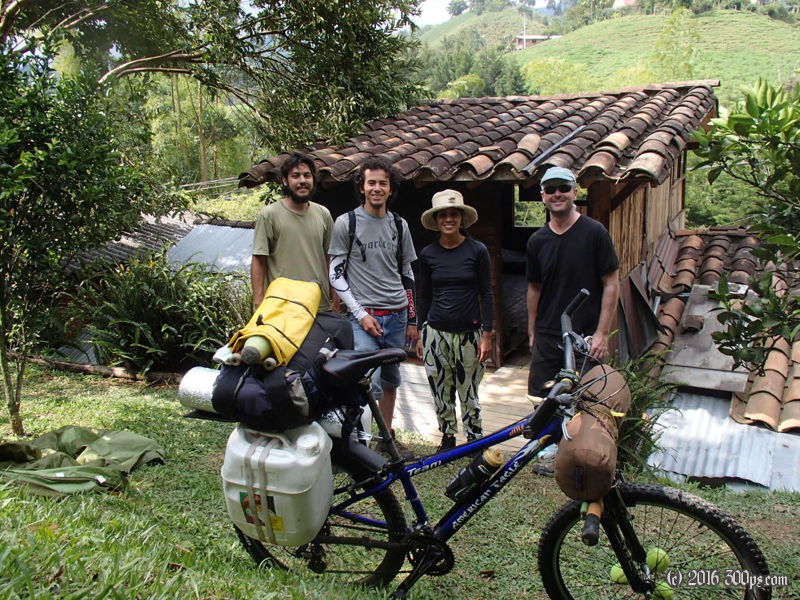 I had a scary experience flying from back from the US to Colombia... When I got to Medellín I bought a round-trip plane ticket to the US to visit family. When I arrived at the airport in the US to check in for my return trip to Colombia the airline told me that I had to have proof of onward travel from Colombia. I did not have any as this was the return leg of my round trip and I was planning to just pick up the bicycle in Medellín and keep cycling from Colombia to Panama.

They told me that this was a requirement of US immigration and that I needed to show proof that I was going to return to the US. That can't be right, why would US immigration care where I go or if I come back? I've lived a good chunk of my life outside the US and I've never heard of anything like that. I suspect that they were confused and in reality referring to a policy of the destination country, in this case Colombia, that they can demand proof of onward travel to leave the country before letting you in. Many countries have policies like that on the books but I had never been asked for proof of onward travel before. Since Colombia let me in by land with the bicycle, it seems reasonable to assume that they would not require me to show a ticket once I explained the situation that I would be leaving by land as I had come in.

I tried explaining this to the ticket agents but they were quite prepared to not let me on the flight, insisting that it was a US immigration requirement. Finally just to shut them up I showed them my Spanish residency card as "proof" that I didn't need to come back to the US. The fact that I have residency in Spain isn't really proof of anything, Colombia surely wouldn't care, to them I'm just a US citizen; and US immigration surely doesn't care when or if I ever come back to the US, unless there is some rule that I'm totally unaware of. I'm guessing the airline has a policy of requiring proof of onward travel to avoid having the responsibility of repatriating me in the event that I would be denied entry by Colombian immigration.

As it was 4 o'clock in the morning I probably wasn't dealing with the brightest bulbs on the planet at the airline check-in counter. They apologized and let me on the flight after seeing my Spanish residency card. It seems that any travel that doesn't fit in the box of a standard two-week round trip is becoming more and more difficult...

The journey turned out to be quite a long one, I left where I was staying in the US on Monday night at 9pm and I didn't get to the casa de los ciclistas in Medellín until 9pm on Wednesday night. The trip involved a long layover in NY, a night spent sleeping in the airport in Bogotá as I arrived too late to catch a bus to Medellín, and a bus ride from Bogotá to Medellín that ended up lasting 13 hours because of a landslide blocking the highway. I arrived at my destination exhausted and immediately went to bed.

I hung out at the casa for a few days fixing things and reorganizing my gear, getting ready to head back out onto the road tomorrow. Feeling a bit rusty.